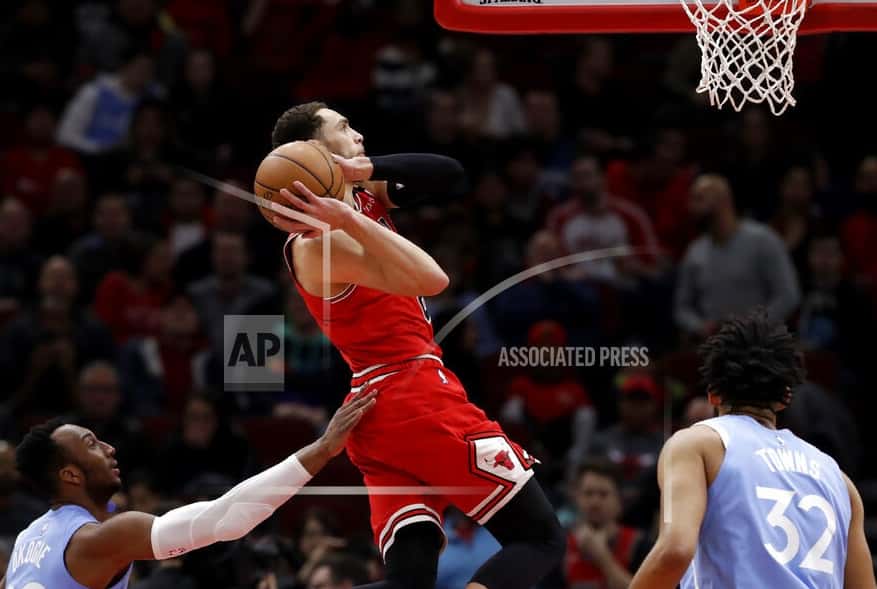 MEN’S BASKETBALL
Penn State 72, Michigan 63
Lamar Stevens scored 14 of his 19 points in the first half, and Penn State was in control for most of the game in a 72-63 victory over Michigan. Curtis Jones scored 18 points and Myreon Jones added 16 for the Nittany Lions, who handed Michigan its third straight loss. Penn State led by nine at halftime and extended its advantage into double digits soon after that. Zavier Simpson led Michigan with 18 points, but the Wolverines made just three of their first 21 shots from the field in the second half.

Syracuse 84, Notre Dame 82
Elijah Hughes scored 26 points and Syracuse continued to be at its best on the road with an 84-82 comeback victory over Notre Dame. The Orange improved to 4-0 in Atlantic Coast Conference road play and won their fourth straight game overall. The Fighting Irish remained winless in three ACC home games. John Mooney scored 21 points and grabbed 13 rebounds. His 12th consecutive double-double breaks an 11-year-old Notre Dame record held by Luke Harangody. The Irish, though, lost despite erasing a 13-point second-half deficit after Syracuse stormed back from an 11-point deficit in the first half.

NBA
Detroit 127, Sacramento 106
Derrick Rose scored 22 points and Reggie Jackson added 22 points in his return to the Pistons lineup, as Detroit beat Sacramento 127-106 and dealt the Kings their sixth straight loss. Christian Wood scored 23 points, and Svi Mykhailiuk added 13 points off the bench, the 11th time in 12 games that he’s scored in double figures. De’Aaron Fox had 22 points, and Bogdan Bogdanovic added 19 points for the Kings, who shot 12 of 23 from the line.

Chicago 117, Minnesota 110
Zach LaVine scored 25 points, Lauri Markkanen added 21 and the Bulls overcame a big performance by Karl-Anthony Towns to beat the skidding Minnesota Timberwolves 117-110. LaVine had seven points in the final 2:25 to help Chicago pull out the win after letting a 19-point lead in the second quarter slip away. His 3-pointer with 1:23 remaining put the Bulls ahead for good at 111-108. LaVine then hit two free throws with 26 seconds left. Kris Dunn sank four more foul shots and the Bulls came out on top after losing nine of 12. Towns scored a season-high 40 points, but the Timberwolves lost their seventh straight.

Indiana 112, Phoenix 87
T.J. Warren scored 25 points in his return to Phoenix, Domantas Sabonis added 24 and the Pacers rolled to a 112-87 victory over the Phoenix Suns on Wednesday night. Warren was playing his first game against the Suns after being traded to Indiana during the offseason. The sixth-year forward — who played his first five years with the Suns — shot 11 of 18 from the field. The Pacers have won six of their past seven games and stretched their winning streak against the Suns to six. Phoenix never led and trailed by 25 by midway through the third quarter The Suns missed their first 11 shots from 3-point range before Elie Okobo hit one late in the third. Kelly Oubre Jr. led Phoenix with 17 points and nine rebounds.

NHL
Minnesota 4, Detroit 2
Eric Staal and Mats Zuccarello each had a goal and assist, and Devan Dubnyk stopped 25 shots as the Minnesota Wild beat the Red Wings 4-2. Jordan Greenway and Jason Zucker also scored for Minnesota, which enters the All-Star break with three wins in four games. Detroit’s Filip Zadina was credited with two goals, his first NHL multi-goal game, but both came on deflections off a Wild player. Jimmy Howard had 29 saves for the Red Wings, who have lost six in a row.

Elsewhere…
The Blackhawks were off
Columbus 4, Winnipeg 3

BASEBALL
The Tigers have agreed to a minor league contract with left-hander Héctor Santiago with an invite to major league spring training. Santiago appeared in 19 games — including two starts — last season for the Chicago White Sox and New York Mets. He went 1-1 with a 6.68 ERA. In 2018 with the White Sox, he was 6-3 with a 4.41 ERA while pitching mostly in relief. The 32-year-old Santiago is 47-50 with a 4.14 ERA in his major league career.

NFL
A two-time Super Bowl MVP is calling it a career.
The New York Giants say quarterback Eli Manning will formally announce his retirement at a news conference on Friday. Manning played his entire 16-year NFL career with the Giants after being drafted first overall by the Chargers in 2004 and traded to New York.
The 39-year-old Manning holds almost every team passing record, but his future at the Meadowlands was in doubt after losing the starting just to rookie Daniel Jones in October.
Manning completed 60.3% of his passes for over 57,000 yards, 366 touchdowns and 244 interceptions. He led the Giants to Super Bowl titles following the 2007 and 2012 seasons.