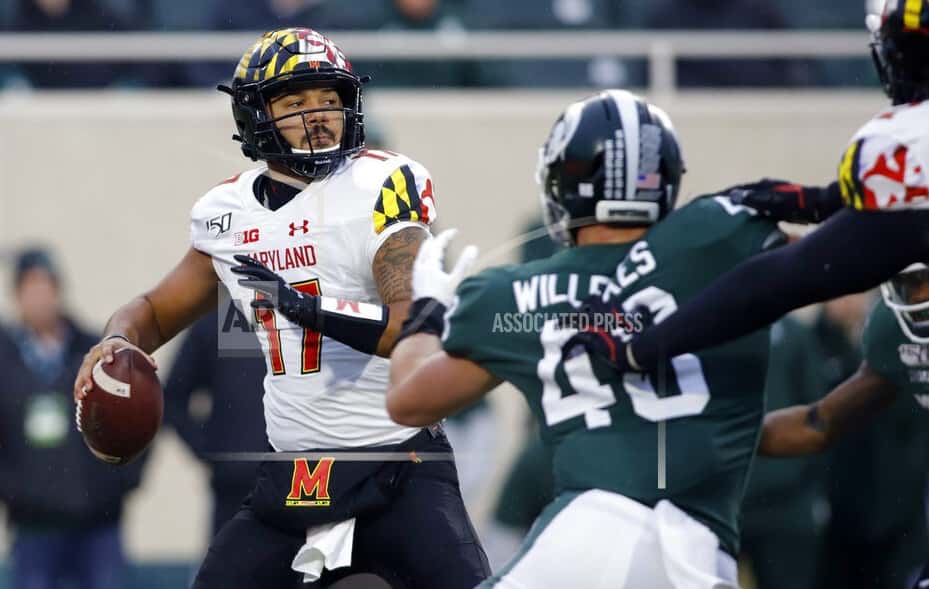 Tonight…
Washington at Detroit, 7:00
The Bulls and Pacers are off

COLLEGE FOOTBALL
Eastern Michigan and Pittsburgh meet tonight in the Quick Lane Bowl hoping to end postseason droughts. The Eagles have lost all three of their bowls as a Division I football program, the Panthers are 0-4 in bowls under coach Pat Narduzzi.. One bowl skid will end tonight in Detroit. Pitt had higher hopes for the postseason after surging to a 5-2 record with four straight victories. Losing three of four games pushed it to the lower-tier bowl in the Motor City. Eastern Michigan is not so picky, earning a bowl bid in consecutive years for the first time in school history.

Almost a year to the day after breaking his leg, Kenny Willekes is ready for his Michigan State swan song. Willekes was injured in last year’s Redbox Bowl but recovered in time for the 2019 season, when the senior defensive end was productive again for the Spartans. He’s finishing up his college career in tomorrow’s Pinstripe Bowl against Wake Forest. Willekes was the 2019 winner of the Burlsworth Trophy. That goes to the nation’s most outstanding player who began his career as a walk-on. He has nine sacks this season.

COLLEGE SPORTS
Michigan’s attorney general says her communications director was “inadvertently misleading” when she said her office has suspended a nearly two-year-long criminal investigation into Michigan State University’s handling of complaints against serial sexual abuser Larry Nassar. Attorney General Dana Nessel said in a statement Wednesday that the investigation is ongoing. Nessel says she remains “deeply committed to finding the truth about who knew what about … Nassar at MSU.” Communications Director Kelly Rossman-McKinney told The Associated Press Wednesday that she was mistaken to use the word “suspended.” She says it was ”a humbling but an important lesson that words really do matter.”

BASEBALL
The White Sox have agreed to a $12 million, one-year contract with veteran slugger Edwin Encarnación, a person familiar with the negotiations told The Associated Press. The person spoke on condition of anonymity because the deal has not been announced. Encarnación is due $11 million in salary next season and a $1 million signing bonus, with the White Sox holding an option for the 2021 season. Encarnación hit 34 home runs in 109 games for Seattle and the Yankees last season. The three-time All-Star led the American League with 21 homers when the Mariners dealt him to New York in June. But the Yankees declined an option for next season after he was limited by oblique problems down the stretch.

AP STORY OF THE YEAR
The Tiger Woods Masters victory has been named The Associated Press sports story of the year in balloting by a mix of AP member sports editors and AP beat writers. The rousing victory at Augusta National by Woods topped the U.S. women’s soccer team’s World Cup championship. Of the top 12 stories in the balloting, only the titles won by the Toronto Raptors, Washington Nationals and University of Virginia basketball team stuck mainly to what happened between the lines. 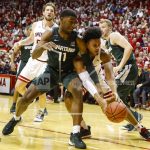