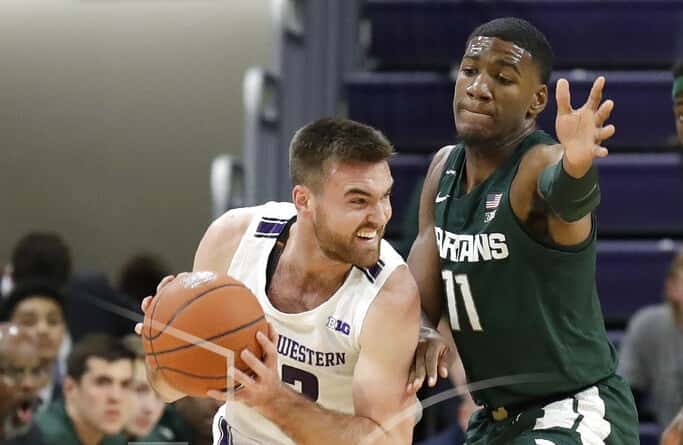 NBA
Chicago 110, Washington 109   OT
Wendell Carter Jr. made a layup with 9.1 seconds left in overtime to lift the Bulls over the Washington Wizards 110-109. Chicago trailed by 18 points in the fourth quarter. Washington’s Bradley Beal missed a jumper at the buzzer in overtime. Lauri Markkanen had 31 points and nine rebounds for Chicago, and Zach LaVine added 24 points. Davis Bertans led Washington with 26 points and Beal finished with 22. Beal hit a 17-foot jumper with five-tenths of a second remaining in the fourth quarter to give the Wizards a 98-96 lead. LaVine made two fouls shots to force overtime.

Toronto 112, Detroit 99
Kyle Lowry had 20 points, 10 rebounds and 10 assists for a triple-double and the Toronto Raptors had an 11-0 run in the third quarter on their way to a 112-99 victory over the Pistons. The Raptors were without guard Fred VanVleet, who was sidelined with a right knee injury. Then center Marc Gasol left in the first quarter with a left hamstring strain. Toronto still had enough firepower to handle the Pistons, but the Raptors had one more injury late in the game. Norman Powell left with 3:17 remaining, holding onto his left shoulder. Andre Drummond paced Detroit with 22 points.

NHL
Colorado 4, Chicago 1
Ian Cole and Mikko Rantanen each had a goal and an assist, and the Colorado Avalanche beat the Blackhawks 4-1. Nathan MacKinnon and Andre Burakovksy also scored for Colorado, which is 9-1-1 in its past 11 games. The Avalanche lost 5-2 at St. Louis on Monday. Colorado is 3-0 against the Blackhawks this season and has outscored its Central Division rival 16-5. Ryan Carpenter got his second goal of the season for the fading Blackhawks, who have lost five of six.

The Red Wings were off.

MEN’S COLLEGE BASKETBALL
#15 Michigan State 77, Northwestern 72
Cassius Winston scored 21 points and Xavier Tillman had 15 points and 10 rebounds, helping No. 15 Michigan State beat Northwestern 77-72. Winston went 8 for 16 from the field in the Spartans’ 11th consecutive victory against the Wildcats. He also moved into 12th on the school’s career scoring list with 1,601 points, passing Morris Peterson and Raymar Morgan. Boo Buie scored a career-high 26 points for Northwestern, and Pete Nance finished with 14 in his return from a one-game suspension.

NFL
Trevathan heads to IR
The Bears have placed inside linebacker Danny Trevathan on injured reserve because of a left elbow injury. Trevathan has not played since Nov. 10 when his arm bent awkwardly as he tried to sack Jeff Driskel in a win over Detroit. The team leader at the time with 50 tackles, Trevathan ran off with his arm dangling by his side. His future is uncertain. Tevathan has an expiring contract and has finished two of the past four seasons on injured reserve. Chicago promoted cornerback Michael Joseph from the practice squad to the active roster.

Lions add to depleted defensive unit
The Lions signed free agent defensive tackle Jamie Meder. The 28-year-old Meder has not played in a regular-season game since the 2017 season. Meder started 15 games for the Cleveland Browns in 2016 and made one start the following season. He spent four seasons with Cleveland, appearing in 43 games. The Lions play at Denver on Sunday. They have been hurt by injuries on both sides of the ball, and they put quarterback Matthew Stafford on injured reserve earlier this week.