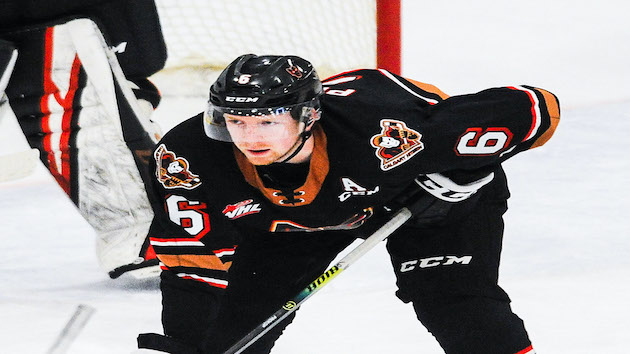 He becomes the first gay player on an active NHL contract. No active or retired player has come out as gay, according to ESPN.

“It has been quite the journey to get to this point in my life, but I could not be happier with my decision to come out,” Prokop wrote. “From a young age I have dreamed of being an NHL player, and I believe that living my authentic life will allow me to bring my whole self to the rink and improve my chances of fulfilling my dreams.”

The 19-year old was drafted in the third round of last year’s NHL Draft and played for the Calgary Hitmen in the Western Hockey League in Canada last season.

He told ESPN coming out publicly would help ease his mind and play his best.

“Luke is a valued prospect of the Nashville Predators and we think he has a bright future,” said Nashville President of Hockey Operations/General Manager David Poile in a statement. “We want Luke to become a successful hockey player, and we understand his ability to be out comfortably will help him achieve his goals on and off the ice. We are committed to ensuring nothing stands in the way of his ability. His courage is an inspiration to us, and to the LGBTQ community in Nashville.”

“I share his hope that these announcements can become more common in the hockey community,” Bettman said in a statement. “LGBTQ players, coaches, and staff can only perform at their absolute best if they live their lives as their full and true selves. We do not take the meaning and importance of this announcement lightly.”

The announcement comes a few weeks after Las Vegas Raiders defensive lineman Carl Nassib announced he was gay. Prokup told ESPN he made his decision independent of Nassib, but the public reaction to Nassib was inspiring.