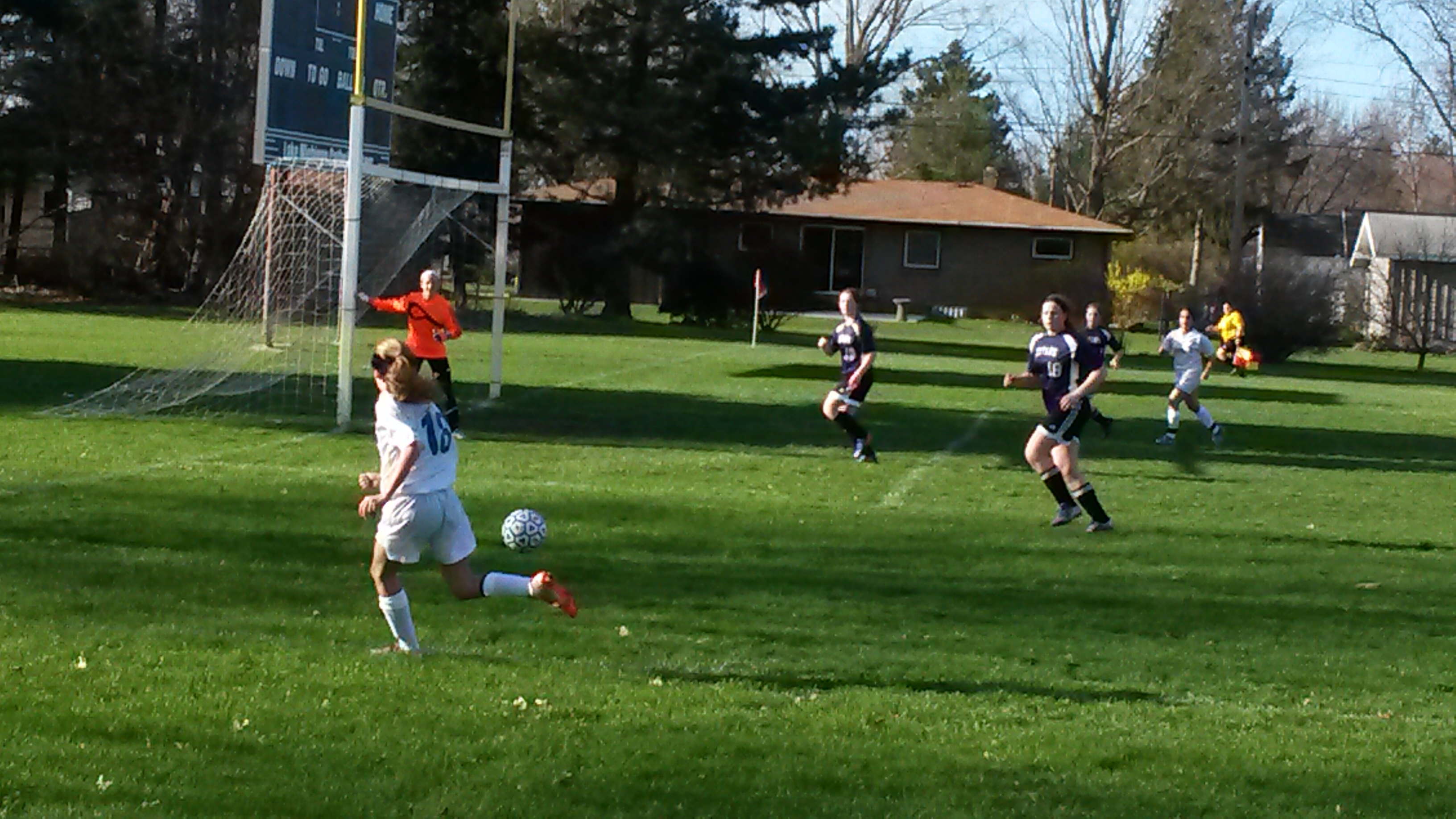 Sarah McCoy scored twice, while Emily Kryska had a goal and two assists in Lake Michigan Catholic’s 5-0 win over rival Michigan Lutheran.  Katie Sullivan added a goal and assist for LMC.  Frannie Valenziano chipped in another goal for the Lakers who outshot Lutheran 20-6.

Decatur 4, Martin 3 – Game 1
Decatur 13, Martin 1 – Game 2
Noah Rufo allowed just two hits over five innings while pitching Decatur to a 4-3 win over Martin in game one of a doubleheader.  Matthew Saylor went 3 for 3 at the plate for the Raiders.
In game two, Carter Smith went 4 for 4 at the plate as Decatur came away with a 13-1 win.  John Grosvenor went 1 for 2 and scored three runs for the Raiders.Cody Hutson picked up the win on the mound.

Lawrence 12, Bangor 2 – Game 1
Lawrence 11, Bangor 4 – Game 2
Lawrence scored eight runs in the fifth inning and posted a 12-2 win over Bangor in game one of their doubleheader.  Matt Cammire picked up the win while Jarod Frank collected three hits for the Tigers.
In game two, Lawrence pulled away early in an 11-4 win.  The tigers scored all 11 runs in the first two innings.  Derek Gribler picked up the win on the mound, Matt Cammire collected two hits and three RBIs.

Decatur 10, Martin 0 – Game 1
Decatur 10, Martin 6 – Game 2
Decatur shot out Martin 10-0 in game one of their doubleheader. Lexi Cerven went 3-4 at the plate for the Raiders including three doubles and five RBIs.
Cervan continued her hot hitting in game two in a 10-6 victory.  Cervan went 3-3 at the plate and collected two RBIs.