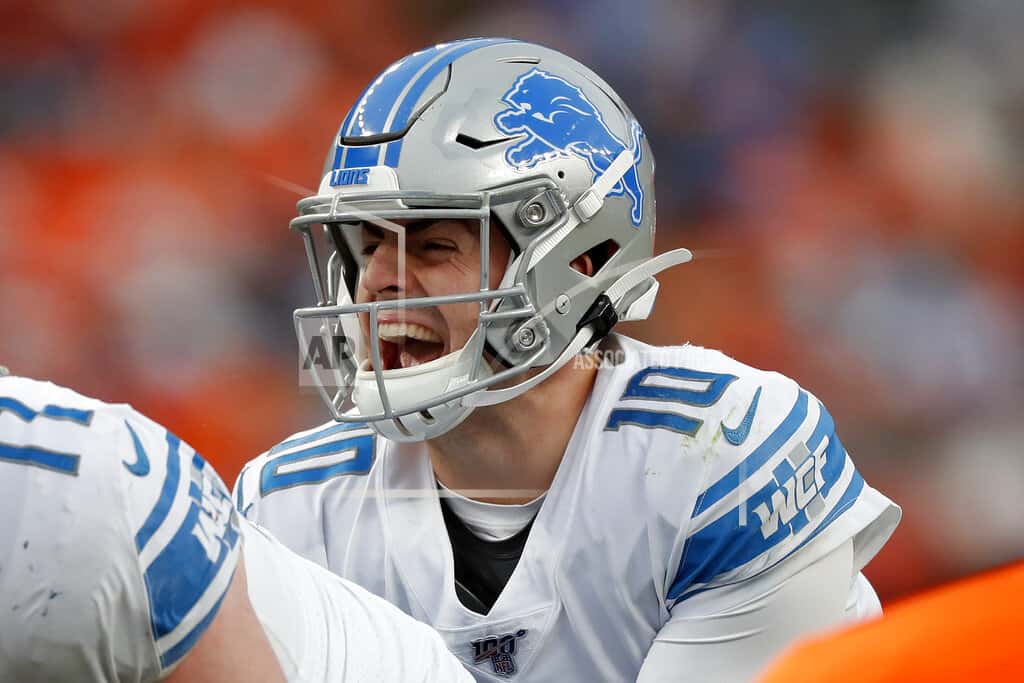 NFL
Denver 27, Detroit 17
Drew Lock threw a shovel pass to DaeSean Hamilton to give Denver the lead in the fourth quarter, Phillip Lindsay sealed the game with a late touchdown run and the Broncos extended the Lions’ skid to eight straight with a 27-17 win. Detroit led 10-0 early in the second quarter but allowed Denver to outscore them 27-7 the rest of the way. Lock improved to 3-1 as the Broncos starter. His only loss was last weekend in Kansas City when the field was covered in snow. The Lions managed just 213 yards in total offense as they fell to 3-11-1.

Kansas City 26, Chicago 3
Patrick Mahomes threw for two touchdowns and ran for another score, and the AFC West champion Kansas City Chiefs beat the Bears 26-3 to stay in contention for a first-round playoff bye. Kansas City earned its fifth straight win and remained a game behind New England for the AFC’s second seed. Mahomes, playing his 30th game, became the fastest player to reach the 9,000-yard passing mark. The Bears rushed for 101 yards, but Mitchell Trubisky threw for just 157 yards. Chicago falls to 7-8 on the season.

Indianapolis 38, Carolina 6
Nyheim Hines scored on two punt returns and set up another score with a 40-yard punt return to help the Indianapolis Colts pull away from Carolina 38-6. Indy won for the first time in five weeks. Hines broke the franchise’s single-game record with 195 yards on punt returns. It was the highest total by any NFL player in 15 years. The Panthers have lost seven straight. Both teams have already been eliminated from the playoffs.

NBA
Milwaukee 117, Indiana 89
Giannis Antetokounmpo had 18 points, 19 rebounds and nine assists, and the Bucks spoiled Malcolm Brogdon’s return to Milwaukee with a 117-89 victory over the Pacers. Wesley Matthews scored 19 points for NBA-leading Milwaukee, which has won three in a row since a 120-116 loss to Dallas stopped an 18-game win streak. Brook Lopez and George Hill each had 17 points. Brogdon was drafted by Milwaukee and spent his first three seasons with the Bucks before he was acquired by Indiana in a sign-and-trade deal over the summer. He was welcomed back with cheers and a tribute video, and finished with 10 points on 5-of-19 shooting and 10 assists.

WOMEN’S COLLEGE BASKETBALL
#8 Florida State 79, #24 Michigan 69
Nausia Woolfolk scored 21 points and No. 8 Florida State beat 24th-ranked Michigan 79-69 in the Hall of Fame Women’s Basketball Showcase. Kiah Gillespie had 14 points, 13 rebounds and 10 assists. She got the final one on a basket just before the buzzer. Leading 54-52, Florida State went on an 8-0 run early in the fourth quarter to build a double-digit advantage. Michigan closed to within 64-61 but couldn’t get closer. Amy Dilk scored a career-high 26 points to lead the Wolverines.

Tonight…
New Jersey at Chicago, 8:30
The Red Wings are off again