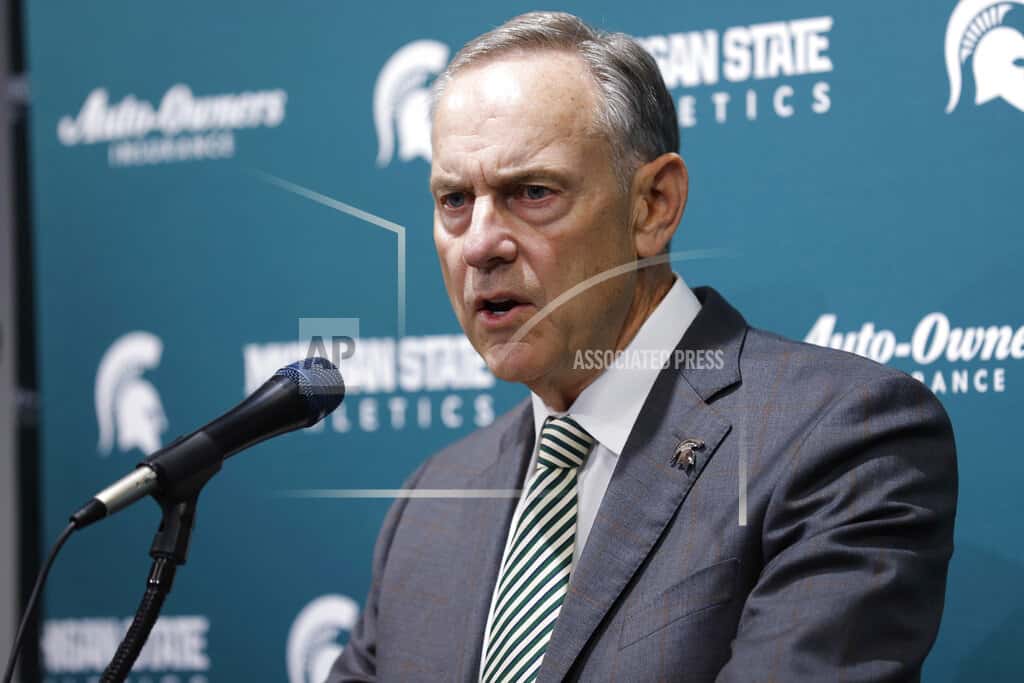 A federal judge has recommended that a former Michigan State football staff member’s claims against former Spartans’ Football coach Mark Dantonio, former athletic director Mark Hollis and former school President Lou Anna Simon should be dismissed. Curtis Blackwell filed a lawsuit in November 2018 claiming his employment agreement was violated when he was disciplined while the school addressed sexual assault allegations against three players in 2017. Dantonio, Hollis and Simon were named as defendants in the suit. Judge Sally J. Berens said in a court filing that the case against Dantonio, Hollis and Simon appears to have been prosecuted for an improper purpose.

The Chicago Bears and cornerback Artie Burns have agreed to a one-year contract, agent Drew Rosenhaus said. Drafted out of Miami by the Pittsburgh Steelers with the No. 25 pick in 2016, Burns played in all 16 games each of his first three years before falling out of the rotation in 2019. He had three interceptions as a rookie, but played in just 10 games last season. The Bears had an opening after waiving cornerback Prince Amukamara last month. Chicago went 8-8 last season and missed the playoffs after winning the NFC North at 12-4 in 2018.

Philip Rivers went into free agency hoping to extend his career just one more year. When the Indianapolis Colts gave the eight-time Pro Bowler a shot, he took it. The longtime quarterback for the San Diego and Los Angeles Chargers is now with the Colts after signing a one-year, $25 million contract. Rivers is coming off one of the poorest seasons in his NFL career. But with a fresh start and a new supporting cast, the 38-year-old Rivers believes he can prove wrong those who believe his skills are rapidly deteriorating.

On a day when Japan’s prime minister admitted postponing the Tokyo Olympics may be unavoidable, medical experts suggested it could be possible for the top-flight Japanese baseball and soccer seasons to resume by the end of next month. Nippon Professional Baseball Organization and the J. League received advice Monday from medical experts during the fourth meeting of the joint panel that was formed to assess impacts of the coranavirus pandemic. A professor in infection control and prevention, said the sports officials should be targeting a start date at the end of April. Both leagues have been aiming to return at the beginning of April, but now it seems like they need to push it back further.