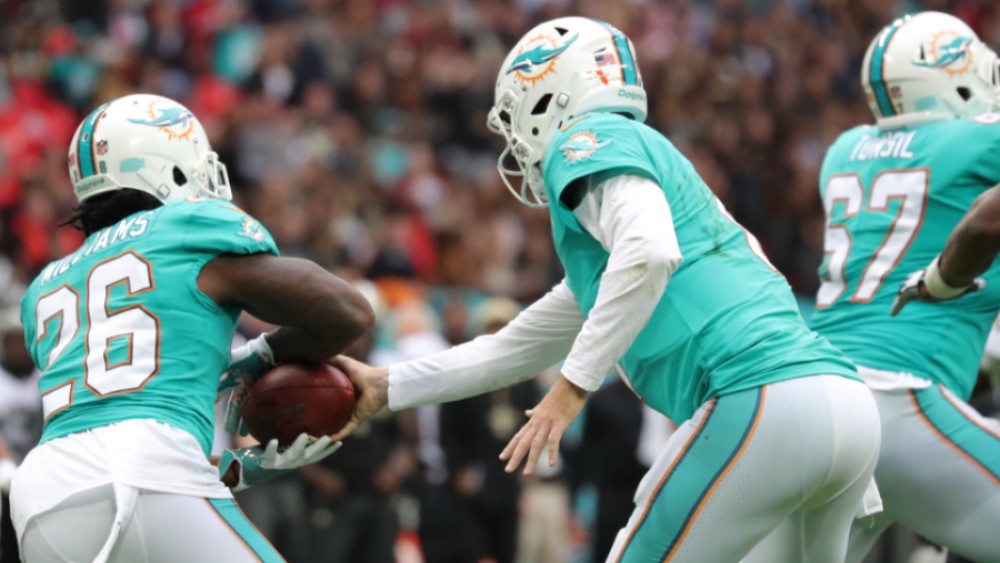 Kenyan Drake ran the last 52 yards as the Miami Dolphins scored on a pass and double lateral, on a wild final play Sunday to beat the New England Patriots 34-33.

The Patriots were on the verge of clinching their 10th consecutive AFC East title when the Dolphins lined up at their 31 after a kickoff return trailing 33-28.  Sixteen seconds from defeat, Ryan Tannehill threw a short pass to Kenny Stills, who lateraled to DeVante Parker, who quickly lateraled to Drake along the sideline, who then went to beat two Patriots to the corner of the end zone — defensive back J.C. Jackson and tight end Rob Gronkowski.

Patriots QB Tom Brady threw for 358 yards and three scores, but that wasn’t enough as his team lost in Miami for the fifth time in their past six visits.

Next up, New England plays at Pittsburgh next week, and Miami will face the Minnesota Vikings on Sunday. 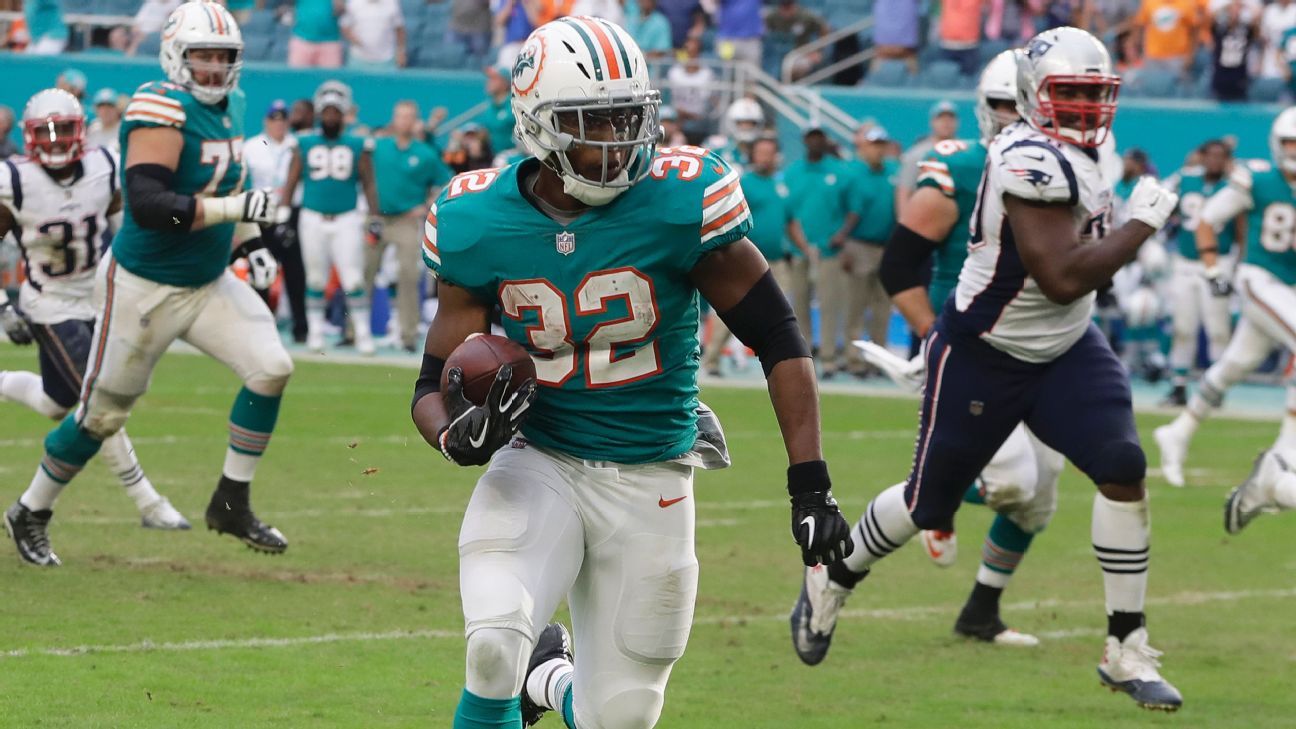