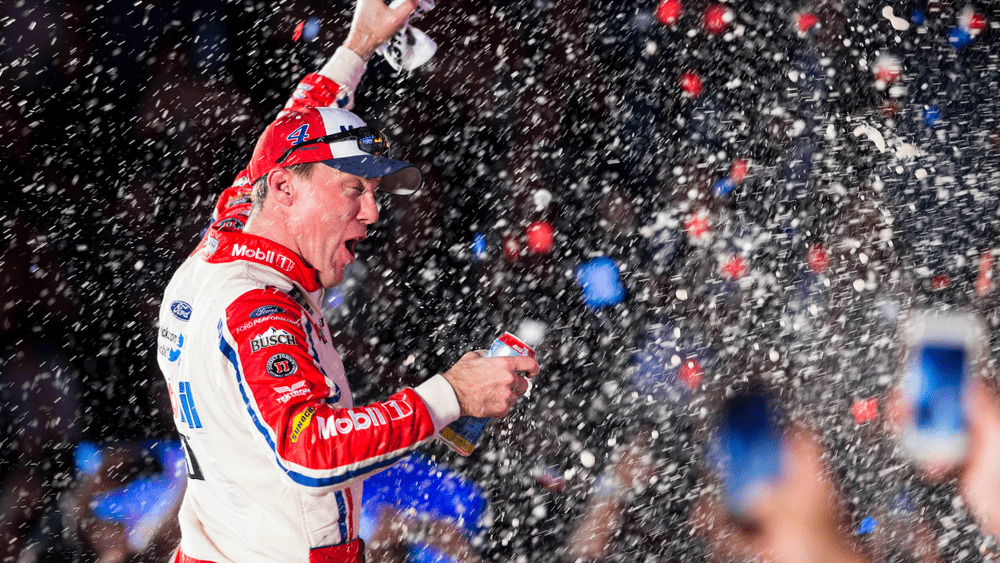 Kevin Harvick was victorious at Sunday’s Folds of Honor QuikTrip 500 at the at Atlanta Motor Speedway 1.5-mile oval in Hampton, Ga.

The victory was the third for Harvick at Atlanta — the site of his very first NASCAR Cup Series win way back in 2001.  Harvick started the race with a series-best 1,197 laps led at the track, and collected his second victory of the season. His first came at Darlington on May 17.

Finishing second was Kyle Busch of Joe Gibbs Racing. Busch, the defending series champion, is still looking for his first victory of the season. He finished 3.527 seconds behind Harvick.

Sunday’s race was the 10th of the season and sixth since racing resumed after a two-plus-month hiatus caused by the COVID-19 pandemic. Because of the pandemic, the race was run without fans in the grandstands.