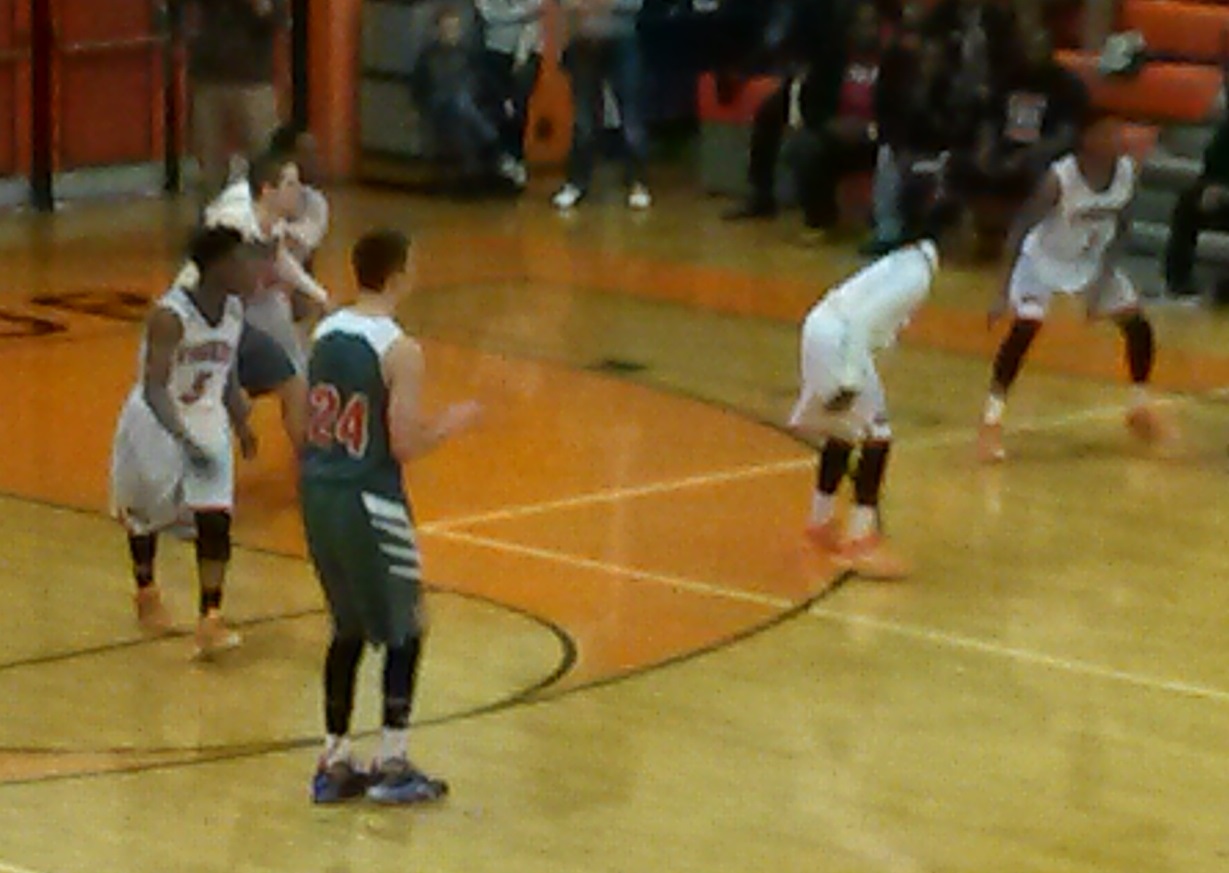 BOYS
Benton Harbor 56,  Lakeshore 48
Benton Harbor held on for a 56-48 SMAC West Division win over Lakeshore. Trailing by 24 at the half, the Lancers pulled to within nine, but couldn’t get any closer. Jaton Gunn led the Tigers with a game high 23 points. The lancers got 17 points from Jimmy Gathright. Benton Harbor and Lakeshore are now tied for first place in the SMAC West at 7-1 in the division.

St. Joe 54,  Niles 47
Three Bears scored in double figures as St. Joe completed a season sweep of Niles with a 54-47 win at the Bear Den. Mac Shimulunas led all scorers with 15 points. Domoneke Mitchell added 13, while Sam Szwabowski scored 10. Gavin Rassler came off the bench to lead Niles with 12 points.

Buchanan 57,  Bronson 51
Buchanan held on for a 57-51 win over Bronson. The Bucks led by 13 at the half and were able to hold off the Vikings’ second half comeback. Josiah Smith led Buchanan with 14 points, Justin Robinson scored a game high 16 for Bronson.

GIRLS
Benton Harbor 56,  Lakeshore 53
Benton Harbor got 39 points from Kysre Gondrezick in a 56-53 win over Lakeshore. The Lancers led by as many as ten in the first half, but the Tigers outscored them 17-6 in the third quarter and held on in the end. Morgan Kaiser netted 18 points for Lakeshore, Carley Dubbert added 11.

St. Joe 41,  Niles 33
St. Joe got a game high 18 points from Shelby Madison as the Lady Bears broke a four game losing skid with a 41-33 win over Niles. Elyse Zimmerman had 15 to lead Niles.

Berrien Springs 45,  Dowagiac 25
Down by five after one quarter, Berrien Springs outscored Dowagiac 15-3 in the second, on their way to a 45-25 win over the Chieftains. The Shamrocks got a game high 15 points from Gabby Yankey, Micah McCree-Davis added nine. Riley Daly’s six points led Dowagiac.

Buchanan 53,  White Pigeon 29
Buchanan benefitted from a strong start at both ends of the floor in a 53-29 win over White Pigeon. The Bucks scored 19 points in the first quarter while limiting the Chiefs to just two. Brooke Wesner led all scorers with 18 points for Buchanan. Riley Phelps led White Pigeon with 11.

Cassopolis 53,  New Buffalo 29
A strong first half led Cassopolis to a 53-29 win over New Buffalo. The Rangers ran out to a 30-10 halftime lead to put the game away early.