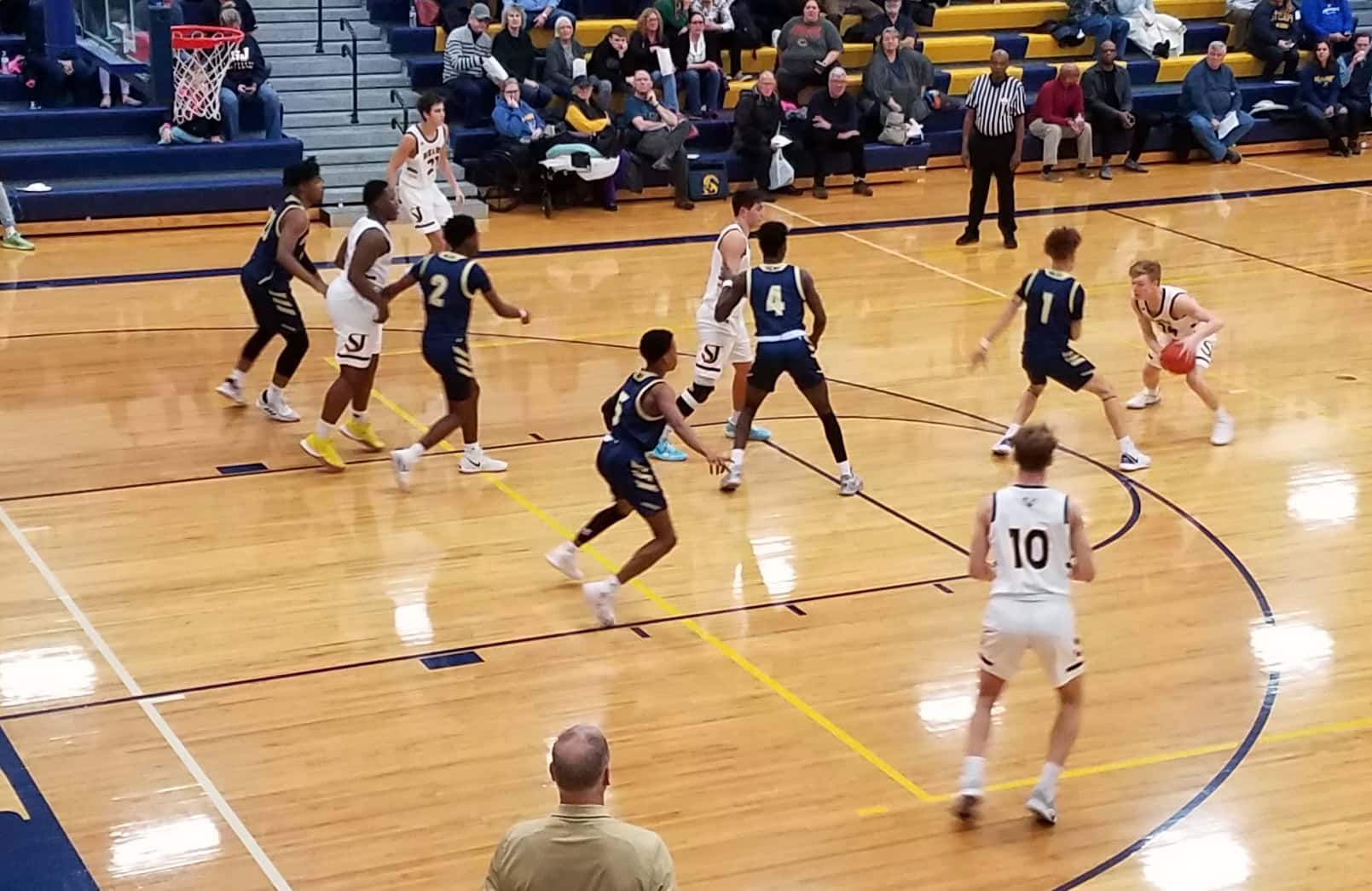 St. Joe 47, Niles 42
Brennen Kerns scored seven of his team high 12 points in the fourth quarter to help lift the Bears to the SMAC West Division win over the Vikings. The game was close all night with St. Joe leading by three after the first quarter, Niles tied it at 24 going into the half, and then took a one point lead after three. Niles’ Brayden Lake tied Kerns for game high honors with 12 points.

Lakeshore 65, Mattawan 42
The Lancers outscored the Wildcats 35-17 over the middle two quarters to pull away for the SMAC West Division win. Ben Brower led Lakeshore with 14 points. JJ Bushu added 11 points and the Lancers remain unbeaten on the season.

Gobles 60, Coloma 58
With Goble leading 58-50 late, Coloma hit two free throws and then back-to-back three pointers to tie the game with :06 left. Trevor King then hit a layup with just under one second left to lift the Tigers to the win. Hunter Tenbusschen and Karsen Tackett each scored 18 points for Gobles.

New Buffalo 60, Covert 16
Already leading by nine, the Bison outscored the Bulldogs 43-9 over the middle two quarters to pull away for the BCS Conference win. New Buffalo got 22 points from Anthony Lijewski and 14 from Kaden Parmley. Hector Hernandez scored nine points in the loss for Covert.

Hartford 62, Decatur 51
The Indians pick up the Southwest 10 win over the Raiders behind an 18 point performance from Elijah Rodarte. Aaron Sinclair added 12 as Hartford improves to 4-3 on the season.

St. Joe 59, Niles 54
Symone King poured in 24 points as St. Joe held off Niles to earn the SMAC West Division win. The Vikings had no answer for King’s presence in the post as she dominated play in the paint. Niles fought back from a ten point first half deficit, but couldn’t pull it off. Amara Palmer led the Vikings with a game high 27 points. Niles also got 19 points from Alycia Patterson, including her 1,000th career point.

Michigan Lutheran 63,  Countryside Academy 10
The Titans set the ton early as they limited the Cougars to just one first half point, taking a 32-1 lead into the break.  Alexia Tobias led three players in double figures for Lutheran with a game high 13 points.  Carolyn Deneau scored six points in the loss for Countryside.  The win lifts the Titans to 9-0 on the season and 7-0 in the BCS White Division.

Comstock 40, Berrien Springs 37  OT
The Shamrocks rallied to send the game into overtime but the comeback bid fell just short as the Colts pulled out the BCS Conference win. Hillary Dortch scored 17 points in the loss for Berrien Springs.

Decatur 43, Hartford 32
The Indians drop a Southwest 10 decision to the Raiders despite getting 14 points from Megan Nelson and 11 from Jaelyne Galvan.

Centreville 51, Bangor 14
The Vikings fall to Centreville in Southwest 1o play despite an eight point/11 rebound effort from Amara Littlefield.