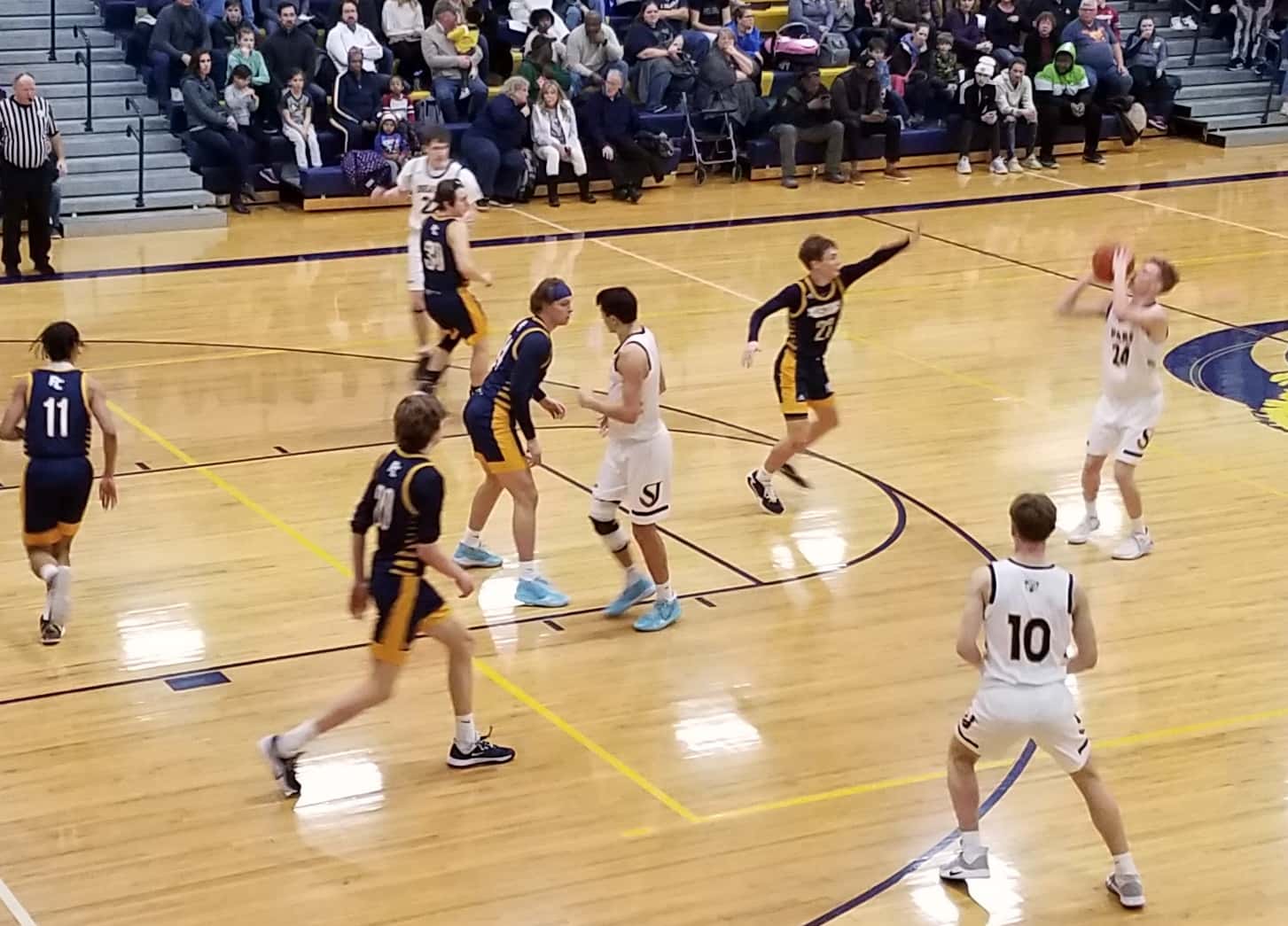 The Mustangs erased a 14 point deficit to pull out the SMAC West Division lead and remain tied with Lakeshore for first place.  Central had four players score in double figures, led by Hunter Young’s 17 points.  Nick Bore scored ten points in the loss for the Bears.

Lakeshore 56, Niles 43
After taking a five point lead after the first quarter, the Lancers slowly pulled away for the 13 point win. Dylan Clem led Lakeshore with 18 points. The Lancers also got 15 points from Ben Brower and 12 from Ben Anderson. Mari Nichols scored 13 points for Niles, Adrian Thomas added 11. With the win, Lakeshore remains tied for first place in the SMAC West Division with the two teams squaring off Tuesday night at Lakeshore live on WSJM Sports.

Lawrence 38, Lake Michigan Catholic 35
Catholic took a one point lead into the half, but Lawrence outscored the Lakers by seven in the decisive third quarter. Zach Payment and Bol Bak each scored nine points for the Tigers. Jake Koenig scored a game high 14 points in the loss for Catholic.

River Valley 68, Countryside Academy 51
The Mustangs pulled away in the second quarter, turning a four point first quarter lead into a ten point advantage at the half. River Valley got 21 points from Lennon Lange, 16 from Matthew Schmidt, and 14 from Davyd Bronson. Jamere Matlock poured in 22 points in the loss for the Cougars.

New Buffalo 65, Howardsville Christian 52
The Bison used strong first and fourth quarters to pull out the BCS win. Kaden Parmley and Ryan Vinson each scored 20 points for New Buffalo. Josh Rose scored a game high 23 points in the loss for the Eagles.

Gobles 44, Martin 41
The Tigers got 19 points from Jake Getman in picking up the SAC win. Brady Burnell added eight points and ten rebounds.

Marcellus 82, Bangor 61
Trailing by two at the half, Marcellus outscored Bangor by 13 in the third quarter and by ten in the fourth. Gavin Etter poured in 25 points for the Wildcats with Kaeler Stafne and Brady Ferguson each adding 16.

Niles 64, Lakeshore 22
The Vikings were led by Alycia Patterson, who scored 28 points and became the all-time leading scorer at Niles. Lakeshore got eight points from Riley Pifer.