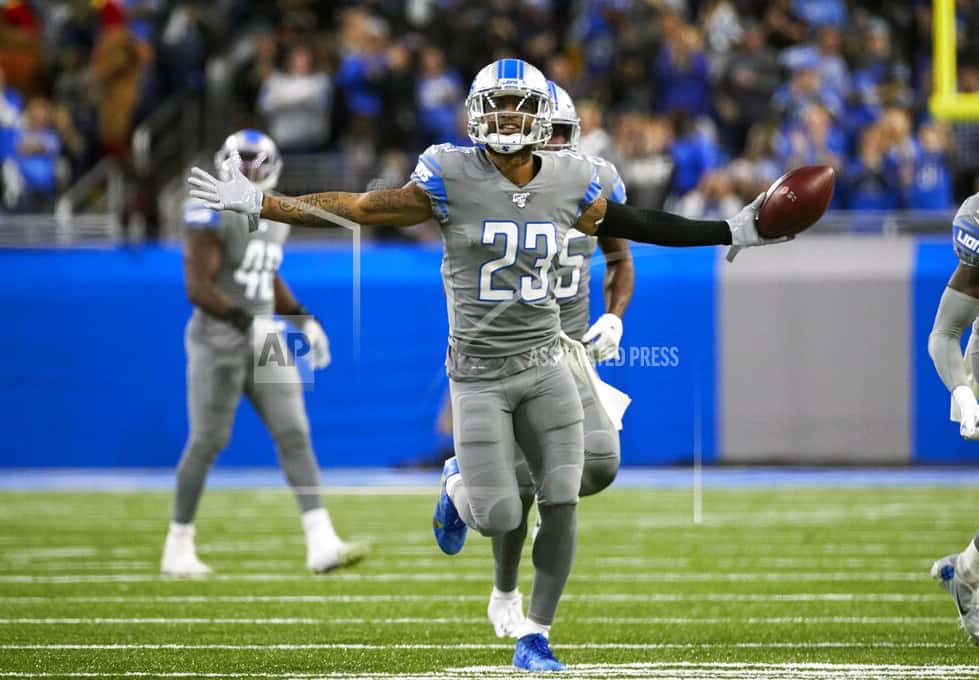 Darius Slay got his wish with a trade out of Detroit and a big new contract. The Lions agreed to trade Slay to the Philadelphia Eagles. The move ends the standout cornerback’s seven-year stint in Detroit. Agent Drew Rosenhaus confirmed the trade and said that Slay has agreed to a three-year, $50 million extension with Philadelphia. The Lions drafted Slay 36th overall in 2013 and he earned All-Pro honors in 2017. Slay wanted a new contract before last season, then he played well enough to earn a third Pro Bowl nod. ESPN, citing an unidentified source, reported that the Lions will receive 2020 draft picks in the third and fifth rounds for Slay.

A panel of Associated Press sports writers has come up with the top 10 men’s basketball games in the history of the NCAA Tournament. The 10th game on the list is North Carolina’s victory over Michigan in the 1993 national championship game. Dean Smith won his second title in a game that wasn’t settled until Michigan’s Chris Webber called a timeout the Wolverines didn’t have with 11 seconds to go. The final score was 77-71.

New Orleans Saints head coach Sean Payton told ESPN that he learned Thursday he has tested positive for the new coronavirus. Payton is the first employee of either an NFL team or the league to make such a diagnosis public. He tells the network he came forward to motivate people to educate themselves about what they can do to help fight the pandemic.

The number of known coronavirus cases within the NBA has doubled to 14. Marcus Smart of the Boston Celtics tested positive and pleaded with people to take social distancing more seriously. The Los Angeles Lakers said two of their players tested positive, the Philadelphia 76ers said three members of their organization tested positive, and the Denver Nuggets said someone within their franchise was positive as well.
Thursday and the league ordered all teams to shutter their training facilities indefinitely.

Doubleheaders could be a possibility once a baseball season delayed by the new coronavirus gets under way. The league will be looking at creative ways to lengthen the season. Opening day has been pushed back from March 26 to mid-May at the earliest, and both owners and players are committed to playing as many games as possible.