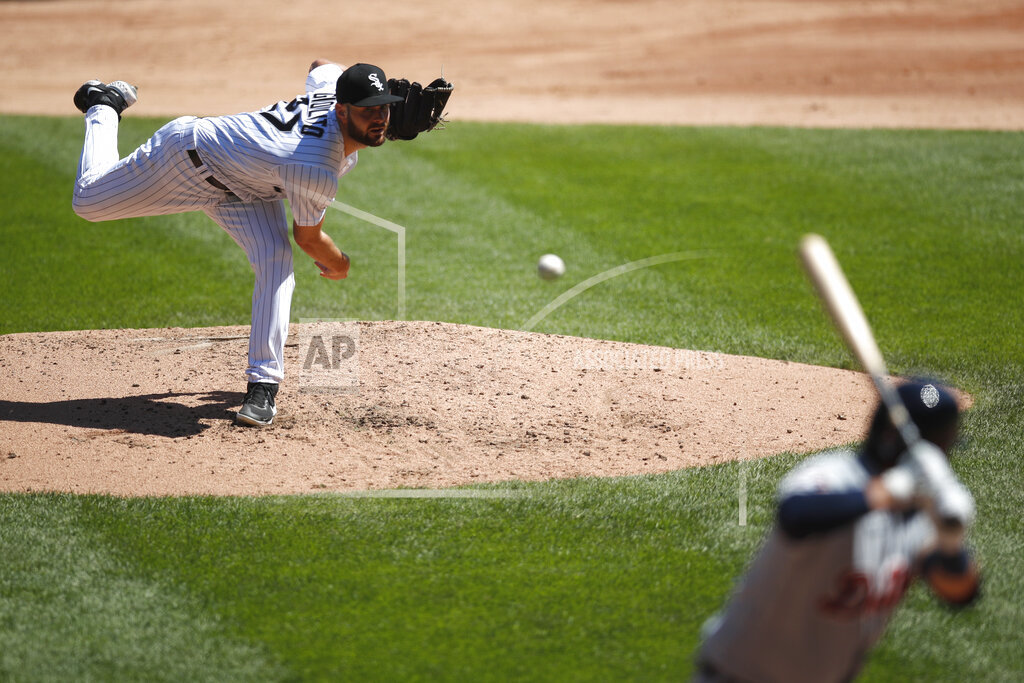 White Sox 9, Tigers 0
Lucas Giolito matched his career high of 13 strikeouts in seven dominant innings, hot-hitting Tim Anderson stroked his fourth home run of the series, and the Chicago White Sox beat Detroit 9-0 to complete their first four-game sweep of the Tigers in 15 years. Giolito (2-2) allowed three hits and one walk to earn his fifth victory in seven career decisions against Detroit. Anderson hit a solo homer off reliever Tyler Alexander to extend the lead to 5-0 in the fourth. Loser Spencer Turnbull (2-2) walked three batters in a torturous 37-pitch first inning as the Tigers lost their ninth straight.

MLB – Reds broadcaster Thom Brennaman suspended for anti-gay slur
Reds broadcaster Thom Brennaman has been suspended from working Cincinnati’s games after using an anti-gay slur on air. Brennaman used the slur moments after the Fox Sports Ohio feed returned from a commercial break before the top of the seventh inning in the first game of a doubleheader at Kansas City. Brennaman did not seem to realize he was already on air and later apologized. The 56-year-old Brennaman was pulled from the broadcast in the fifth inning of the second game. The Reds say they will “be addressing our broadcasting team in the coming days.”

Miami takes 2-0 lead
Duncan Robinson finished with 24 points and hit his first six shots, all from 3-point range to help the Heat beat the Pacers, 109-100. He provided Miami’s first three buckets and didn’t miss until midway through the third quarter on his way to a team playoff record-tying seven treys. Goran Dragic (DRAH’-gihch) scored 20 points and Jimmy Butler had 18 as Miami took a 2-0 lead in its series.

NBA – T-Wolves win lottery
The Timberwolves have won the NBA draft lottery and will have the first pick in the October 16 draft.  The Timberwolves were 19-45 this season, marking the 14th time in 15 years that they failed to make the playoffs and finished with a losing record. The Warriors hold the No. 2 pick, the Hornets got the No. 3 selection and the Bulls will choose fourth. Charlotte and Chicago both bucked some odds to move into the upper echelon.  The Detroit Pistons will select 7th.  The lottery was conducted virtually because of the pandemic, with NBA officials doing the actual draw in Secaucus, New Jersey.

NFL – Fox says Brennaman won’t announce NFL games after slur
Thom Brennaman will not be calling NFL games on Fox after using an anti-gay slur on air during a Cincinnati Reds broadcast. Fox Sports issued a statement that says the network is moving forward with its NFL schedule and it won’t include Brennaman. Fox also says Brennaman’s remarks were “abhorrent, unacceptable, and not representative of the values of Fox Sports.” Brennaman had been a part of Fox’s NFL announcer lineup since it started televising the league in 1994.

NFL – Washington coach Ron Rivera has a form of skin cancer
Washington Football coach Ron Rivera has been diagnosed with a form of skin cancer. A team spokesman confirmed Rivera has squamous cell carcinoma. ESPN first reported Rivera’s diagnosis, saying it was lymph node cancer and later clarified it was squamous cell carcinoma in his neck. The 58-year-old is expected to continue coaching while undergoing treatment. Rivera was hired as Washington’s coach and put in charge of football operations in January. He’s the first minority coach in franchise history.

NCAA Football – Five Notre Dame players test positive for COVID
Notre Dame announced five football players have tested positive in two rounds of coronavirus testing this week.  The athletic department said the football program decided to test twice this week in light of the university’s decision Tuesday to move to remote learning because of a COVID-19 outbreak on campus. A total of 232 tests were done. The five players who tested positive are in isolation. Through contact tracing, six other players have been placed in quarantine. The football team has conducted 851 coronavirus tests since June 18, with nine positive results. The Fighting Irish did not practice for a second straight day. Another round of testing is set for Friday. The team said practices would resume based on the recommendation of the medical staff.

Golf – PGA – 4-way tie through 18
Harris English shares the lead with Kevin Streelman, Cameron Davis of Australia and Russell Henley through one round of the PGA’s Northern Trust Open near Boston. English birdied four straight holes on the back nine before signing off for a 7-under 64. He is ranked 27th in the FedEx Cup after beginning the year without a full PGA Tour card. Among those at 65 were Louis Oosthuizen, Charley Hoffman and Scott Piercy, all well outside the top 70 of those trying to qualify for next week’s $9.5 million event. Tiger Woods opened with a 68 that featured five birdies over his last 10 holes.

Golf – LPGA – Olson leads Women’s British Open
American Amy Olson mastered brutal conditions at Royal Troon to shoot 4-under 67 and lead the Women’s British Open by three strokes after the first round. It is the first women’s major of a pandemic-affected golfing year. Sophia Popov of Germany and Marina Alex of the U.S. share second following 70s. They are the only other players to shoot under par in extremely windy conditions in eastern Scotland.

Fall Sports on hold
Fall sports will proceed in Michigan, but only for regions 6 and 8 of Governor Whitmer’s MI Safe Start Plan.   Sports like Volleyball, Boys Soccer and Girls Swimming the rest of the state are still able to practice, but competition is on hold for now.   Sports like Boys Tennis and Girls Golf are proceeding throughout the state, while football was officially moved to the Spring last week.