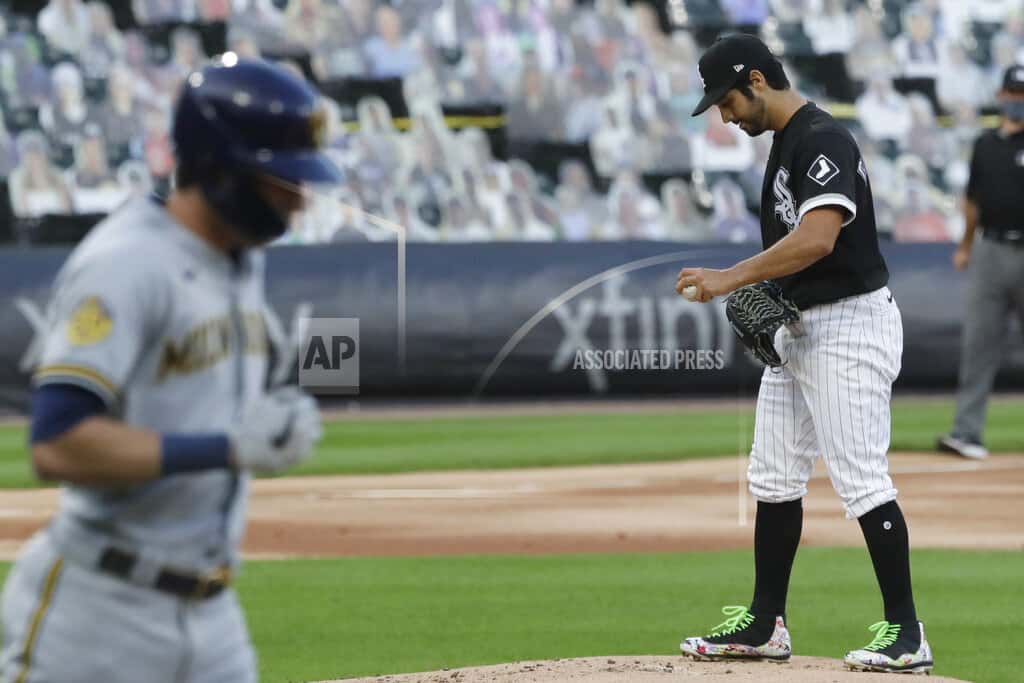 Baseball last night…
Whit Merrifield, Maikel Franco and Jorge Soler homered, and the Kansas City Royals stopped a six-game slide with a 13-2 victory over the Cubs. Soler and Salvador Pérez each had three hits and two RBIs, helping Brad Keller to the win in his first major league appearance in nearly a year. Keller, who opened the season on the injured list after testing positive for the coronavirus, struck out seven in five scoreless innings. Kansas City finished with a season-high 18 hits. It scored a total of 14 runs during its losing streak.

Jason Day’s name hasn’t been on the leaderboard lately in the majors. Brooks Koepka’s is there all the time. Day opened the PGA Championship with a bogey-free round of 5-under 65 at the TPC Harding Park. Right behind was Koepka, going after a third straight PGA Championship title. No one has ever won this major three straight times in stroke play. And only six players in history have won the same major three straight times. Koepka had six birdies and was among those at 66. Tiger Woods had a new putter and opened with a 68. Bulked-up Bryson DeChambeau, the longest driver on tour, broke his driver, which he has nicknamed “the Kraken.” It cracked when he bent over to pick up his tee, the club snapped under him. His support team fetched another shaft.
Second round action is already underway.

Major League Baseball has rescheduled the four-game series between the Tigers and St. Louis Cardinals. They will play a doubleheader August 13 in Detroit and another doubleheader in St. Louis on Sept. 10.

Notre Dame opens its season as an Atlantic Coast Conference football member against visiting Duke on Sept. 12. But the Fighting Irish won’t face Navy for the first time in more than nine decades as part of the ACC’s reconfigured schedule due to the coronavirus pandemic. The league has set up a 10-game conference schedule that includes a nonconference game, though that game must be played in the member school’s home state. The Fighting Irish and Midshipmen had been scheduled to play for the 94th straight year.

Penn State All-American Micah Parsons and two more college stars announced yesterday that they are opting out of the coming college football season because of coronavirus concerns. Parsons made his announcement with a social media post as did Purdue receiver Rondale Moore a few hours later. The news about Miami defensive end Gregory Rousseau was delivered by Hurricanes coach Manny Diaz. All three will be eligible to enter the 2021 NFL draft. Parsons was already expected to be high first-round selection. Rousseau and Moore also have first-round potential.

The Green Bay Packers say they won’t have any fans for at least their first two home games this season due to the coronavirus pandemic. That means there won’t be any spectators for their Sept. 20 game with the Lions and their Oct. 5 Monday night game with Atlanta. Green Bay’s third home game is Nov. 1 against the Minnesota Vikings. Packers officials say any decision on whether to admit fans for that game would depend on the status of the pandemic at that time.

A total of 66 players have opted out of the 2020 NFL season due to the coronavirus pandemic, nearly half of them linemen. Twenty offensive linemen and 11 on defense opted out before Thursday’s deadline. Players with a medical opt out will receive a $350,000 stipend, while those voluntarily opting out receive $150,000 as an advance against future salaries.