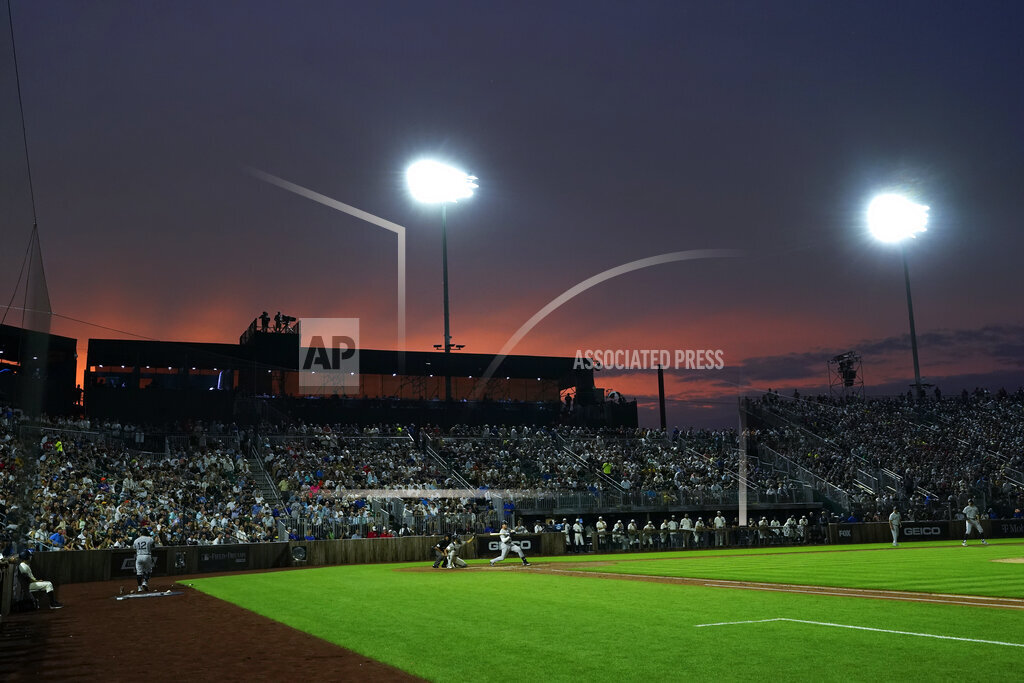 Tigers 6, Orioles 4 – Cabrera sits, but Tigers beat Orioles 6-4 to complete sweep
Renato Núñez homered in his return to Baltimore and the Detroit Tigers beat the Orioles 6-4 as Miguel Cabrera sat out while one homer shy of 500. Cabrera can now go for that milestone at home after the Tigers finished their road trip with a three-game sweep in Baltimore. Victor Reyes and Robbie Grossman also homered for Detroit. The Orioles have lost eight in a row. DJ Stewart homered twice for Baltimore. Cabrera hit homer No. 499 the previous night.

Brewers 17, Cubs 4 – Urías 5 extra-base hits, Piña 6 RBIs, Brewers rout Cubs 17-4
Luis Urías tied a major league record with five extra-base hits and Manny Piña drove in six runs, leading the Milwaukee Brewers to a 17-4 romp over the Chicago Cubs. Urías homered in the seventh and ninth innings. He also hit three doubles, drove in five runs and scored five. He became the 16th player with five extra-base hits in a game, and the first since San Francisco’s Alex Dickerson last year. Piña had a grand slam and a two-run homer. Jace Peterson added five hits, including a home run, as the NL Central leaders completed a four-game sweep. The Cubs have lost eight in a row.

White Sox 9, Yankees 8 – Anderson HR for Chisox, walkoff end in Field of Dreams game
Tim Anderson hit a two-run homer in the ninth inning into the cornfield to end the Field of Dreams game in cinematic fashion. The Chicago White Sox outslugged the New York Yankees 9-8 in the first Major League Baseball game in Iowa. Aaron Judge and Giancarlo Stanton each hit two-run homers in the top of the ninth off Liam Hendriks as the movie-themed throwback event became a home run hitting contest into the cornfield. There were eight longballs in all, two by Judge in front of the crowd of 7,832.

MLB – Chisox, Yanks go deep into corn; Field of Dreams hosts more
The New York Yankees, the Chicago White Sox and fans all over were in awe at the scene at the Field of Dreams game. The two teams were picked to play among the cornfields, next to the filming site of the 1989 movie in Dyersville, Iowa. It was the first Major League Baseball game in the state, and the White Sox won a 9-8 thriller Thursday night on Tim Anderson’s two-run homer in the ninth inning. The teams combined to hit eight home runs that went sailing into the cornstalks beyond the outfield fence, including two by Yankees slugger Aaron Judge. The event was delayed by one year due to the COVID-19 pandemic. Commissioner Rob Manfred says MLB will stage it again in 2022, with the teams to be determined.

MLB – Cubs release former ace Arrieta after rough return to team
Right-hander Jake Arrieta has been released by the Chicago Cubs. Arrieta won a Cy Young Award and helped the Cubs capture a drought-busting World Series championship in his first stint with the club. But he struggled in his second go-round. Arrieta was 5-11 with a 6.88 in 20 starts this season. Cubs president of baseball operations Jed Hoyer says Arrieta was told he was being released on Wednesday after he got tagged for eight runs in a 10-0 loss to Milwaukee. The Cubs also placed catcher Willson Contreras on the 10-day injured list because of sprained right knee.

NFL – AP Source: Bills’ proposed new stadium price is $1.4 billion
A person with direct knowledge of discussions told The Associated Press the cost of the Bills’ proposed new stadium is $1.4 billion, and it’s to be built across the street from their existing facility in suburban Buffalo. The person spoke to The AP on the condition of anonymity because the details of the proposal haven’t been made public.  The Bills’ proposal has been presented to New York state and Erie County officials as part of discussions to determine the future of the NFL team’s home. The Bills lease expires in July 2023, and they are proposing a new facility over making expensive renovations to Highmark Stadium, which opened in 1973.

NCAAFB – Baylor infractions decision comes amid scrutiny of NCAA role
The NCAA infractions committee decided against punishing Baylor for its mishandling of sexual assault allegations against athletes for a simple reason: Its rules don’t allow it. It was a jarring decision, even for members of the committee. The infractions committee says the question was whether athletes were given an “extra benefit” in the form of more lenient treatment than other students. The answer was no. Legal experts say the decision is not surprising. They note the NCAA has been challenged in court at times over some of its infractions decisions.

NCAAFB – Pac-12 says forfeits possible for COVID-19 issues
Pac-12 teams that cannot play because of COVID-19 issues will likely be forced to forfeit games this season. The conference announced it is reinstituting its forfeiture policy after it modified its rules last season because of the pandemic. Last season, a game that could not be played because of COVID-19 problems with either team was canceled and considered no contest. This season, COVID-19 will not be automatically considered an excused absence. The conference policy states that if an institution is unable to play through its own fault, it shall forfeit. A forfeit will count as a conference victory for a forfeiting team’s opponent.

Golf – PGA – Henley has clubhouse lead
Russell Henley shot his lowest round in more than two years to take the clubhouse lead in the suspended first round of the Wyndham Championship. Henley fired an 8-under 62 that included birdies on three of his final four holes. He was two shots ahead of seven others when play was stopped. Sung Kang, Ted Potter Jr. and Chris Kirkand share second with Hudson Swofford, Scott Piercy and Michael Thompson. Adam Hadwin also was 6-under, but had two holes left when darkness ended play.

Golf – LPGA – Thomson is pace-setter at Scottish Open
Michele Thomson shot a 7-under 65 at Dumbarnie Links to take the first-round lead in the LPGA Tour’s Trust Golf Women’s Scottish Open.  Thompson rebounded from an opening bogey with an eagle on No. 2. She birdied seven of her final 11 holes.  U.S. Women’s Open champion champion Yuka Saso, Jasmine Suwannapura and Anne van Dam were second at 67.

Olympics – British silver medalist suspended, Britain could lose medal
British 4×100-meter relay silver medalist Chijindu Ujah has been provisionally suspended by the Athletics Integrity Unit for an alleged doping violation at the Tokyo Olympics. Ujah was part of a British quartet who finished second to Italy in a close race. If found guilty, Ujah and the British team could be stripped of the silver medal.

Olympics – Belarus sprinter feels safe, looks to future in Poland
A Belarusian Olympic sprinter says she feels safe after finding refuge in Poland to avoid punishment at home for criticizing her team officials at the Tokyo Games.  Krystsina Tsimanouskaya now hopes to focus on how to keep up her world-class sprinting career. In an interview with The Associated Press in Warsaw, she recalls the harrowing moments when she sought police help at the Tokyo airport and the sense of instant relief after being put under protection. The 24-year-old runner says she has already asked Polish officials to help her resume training. Tsimanouskaya and her husband, who followed her to Poland on a humanitarian visa, are looking toward a future of freedom, not just for them but for all people in Belarus.

Olympics – Japan mayor apologizes for biting athlete’s gold medal
A Japanese mayor has apologized for biting the Olympic gold medal of a softball player who had paid a courtesy visit after Japan beat the United States in the final. Nagoya mayor Takashi Kawamura had praised pitcher Miu Goto during the Aug. 4 visit, but his eyes were glued to her medal. He asked her to put it around his neck. Kawamura then pulled down his face mask and bit into it. He says, “I’m really sorry that I hurt the treasure of the gold medalist." The mayor said the medal was undamaged, though he offered to pay for the cost of a new one. Goto, however, has reportedly accepted the International Olympic Committee’s offer of a replacement.