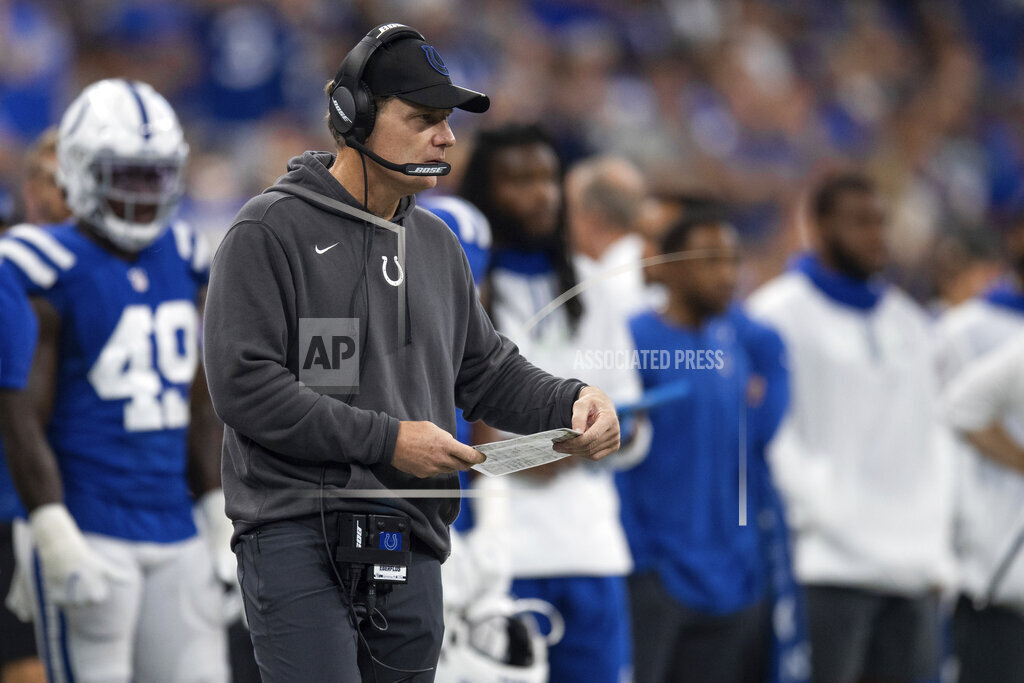 NFL – Chicago Bears hire Colts DC Matt Eberflus as head coach
Matt Eberflus is the new coach of the Chicago Bears, tasked with turning around a franchise mired in mediocrity for much of the past decade. He spent the past four years as Indianapolis’ defensive coordinator. The 51-year-old Eberflus called his new job a “once-in-a-lifetime opportunity.” The hire is the first big move for new Bears general manager Ryan Poles, who took over on Tuesday. Poles and Eberflus are first-timers in their respective positions in the NFL. The Bears fired general manager Ryan Pace and coach Matt Nagy after a 6-11 season, hoping new leadership will lift a struggling franchise.

NFL – Roethlisberger retires at 39: Time to ‘hang up my cleats’
Ben Roethlisberger’s NFL career is over. The longtime Pittsburgh Steelers quarterback has announced his retirement. In a video message, Roethlisberger said it was “time to clean out my locker, hang up my cleats” after 18 seasons, two Super Bowls, countless team records and a likely spot in the Hall of Fame. The 39-year-old Roethlisberger called his journey from a kid growing up in northwestern Ohio to the 11th overall pick in the 2004 draft to a likely future Hall of Famer “exhilarating” but said he is retiring “a truly grateful man.” The Steelers never had a losing season during Roethlisberger’s tenure and captured Super Bowls 40 and 43. The player known as “Big Ben” posted a 165-81-1 record as a starter, the most in franchise history and 5th-most ever.

NFL – NFC title game slightly delays Super Bowl stadium prep
Last year the NFL had a team play in its home stadium in a Super Bowl for the first time. On Sunday, the league will see another first that does put a delay in some of their preparations for this year’s big game. The NFC championship game between the Los Angeles Rams and San Francisco 49ers marks the first time that a conference title game is taking place at the Super Bowl venue. Katie Keenan, the NFL’s Senior Director of Event Operations, said that the league had prepared for that contingency, but that it has delayed what work they can do inside SoFi Stadium.

(20) Notre Dame 83, Syracuse 62 – No. 20 Notre Dame women close on 21-6 run to beat Syracuse
Olivia Miles had 17 points, 10 rebounds and nine assists, Sonia Citron added 13 points and 12 rebounds, and No. 20 Notre Dame beat Syracuse 83-62. Notre Dame closed on a 21-6 run to secure its 18th straight home victory in the series. Earlier this season, the Fighting Irish won at Syracuse 82-56 after closing on a 21-0 run over the final 8:06. All five starters scored in double figures for Notre Dame. Sam Brunelle scored 15 points off the bench, Maya Dodson had 13, Dara Mabrey 12 and Maddy Westbeld 10. Miles and Syracuse guard Teisha Hyman each had a chance to secure a second triple-double this season. Hyman finished with 22 points, eight rebounds, eight assists and seven steals.

MLB – Cleveland Guardians sign lease agreement through 2036
Cleveland Guardians officials say the team has reached an agreement to extend its lease at its downtown ballpark through at least 2036. Team officials said Thursday financing has been secured for improvements at Progressive Field. Team owner and CEO Paul Dolan says the agreement will lead to a more “compelling fan experience” and will keep the facility “modern and relevant for many more years to come." Renovation work is scheduled to begin after the 2022 season. The announcement comes after the Cleveland City and Cuyahoga County councils approved the deal.

MLB – Advocacy group: MLB improves minor housing but not enough
An advocacy group for minor leaguers says Major League Baseball’s new housing policy is an improvement but still inadequate. The player steering committee of Advocates for Minor Leaguers issued a statement objecting to housing two players per bedroom and not accommodating spouses and children. The group also is against using host families and says it will identify teams that provide what it views as deficient housing. MLB said in November it will require teams to provide furnished accommodations, with a single bed per player and no more than two players per bedroom. Teams will be responsible for basic utility bills.

Golf – PGA – Thomas among three co-leaders
Justin Thomas is among three players sharing the lead through two rounds of the PGA’s Farmers Insurance Open.  Thomas followed his opening-round 68 with a 9-under 63 that puts him at minus-13, tied with Adam Schenk and Jon Rahm. Schenk climbed the leaderboard with 62, while Rahm posted a 65. Cameron Tringale is one shot back and one ahead of Peter Malnati.

Golf – LPGA – Ko leads through 18
Lydia Ko carded birdies on half of her holes for a 9-under 63 and a two-shot lead over Danielle Kang in the Gainbridge LPGA at Boca Rio.  Ko ran off two three-birdie bursts to distance herself from long hitters Nelly Korda and Lexi Thompson (70), who were playing alongside.  Aditi Ashok was alone in third after a 66, followed by a group of players at 5-under 67 that included U.S. Women’s Open champion Yuka Saso.

NCAA – Diversity hires underrepresented in college athletics
A diversity study showed Football Bowl Subdivision schools continue to underrepresent women and people of color in hiring for leadership positions at athletic departments of the sport’s highest level of competition.  The report card, issued Thursday from The Institute for Diversity and Ethics in Sport (TIDES) indicated improvement from a year ago with an overall grade of D-plus, up from a D in 2021. Racial hiring also increased its grade to a B-minus from a C last hear.  However, gender hiring remained an F with the study finding women make up only 10 percent of athletic directors at the 130 schools in the FBS.

Soccer – CONCACAF – Robinson goal lifts US over El Salvador 1-0 in Cup qualifier
Antonee Robinson broke through the freeze in the air and the U.S. offense, scoring in the 52nd minute to lift the United States over El Salvador 1-0 and kept the Americans on track for a return to the World Cup. The narrow victory on a 29-degree night that tied the record low temperature for a home American qualifier boosted the U.S. to 18 points with five games left. The U.S. has two more chilly matchups in the next week and can move to the verge of a berth with victories at Canada and against Honduras at St. Paul, Minnesota.