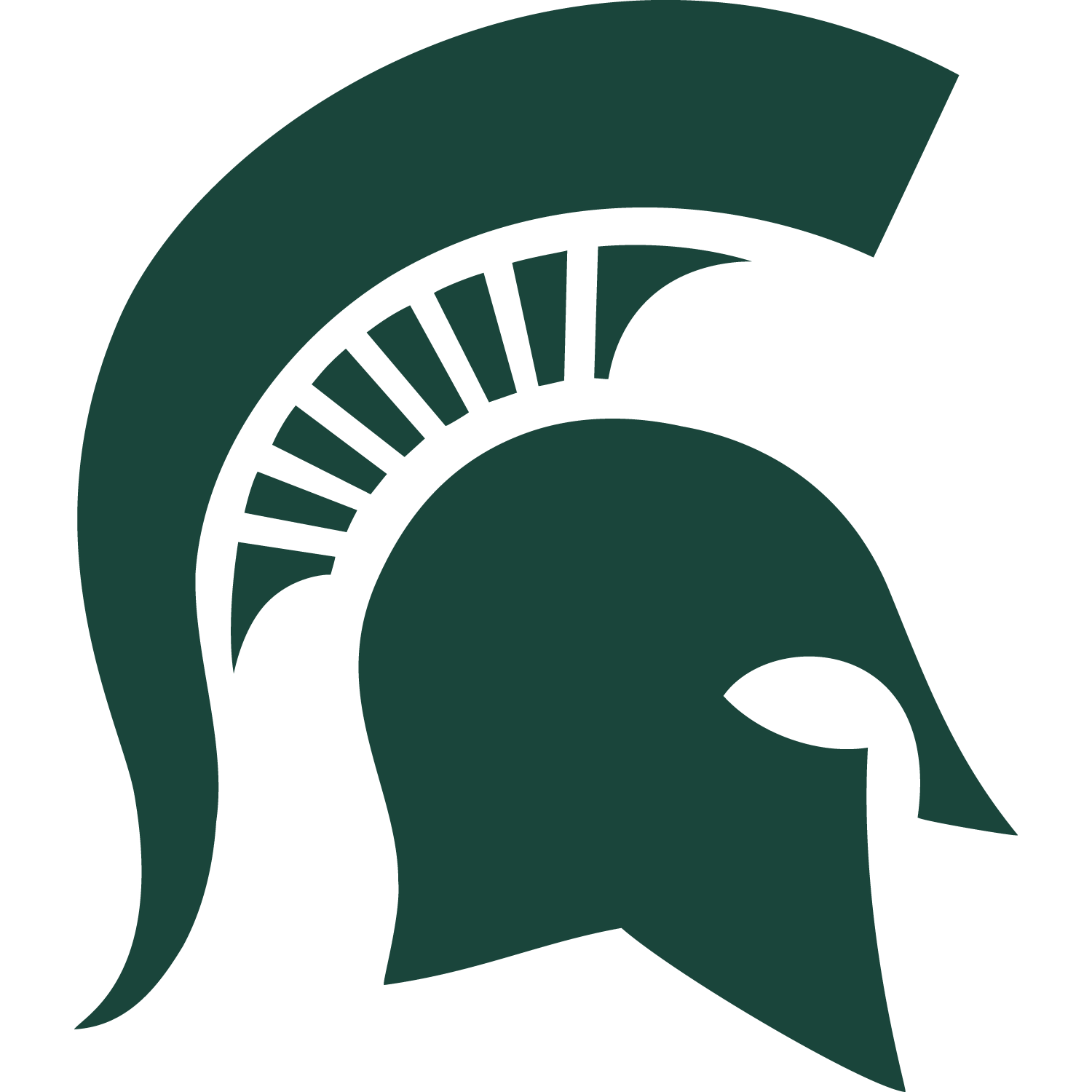 Michigan State says a student-athlete’s father died of COVID-19 and the athlete tested positive but remained asymptomatic.
Athletic director Bill Beekman was part of a video conference with reporters Thursday to discuss the school’s plans to have athletes back on campus. When asked if any athlete or athletic department personnel had tested positive in the past three months, Beekman said nobody that he was aware of — but that he might not necessarily have all the information.
Dr. Jeffrey Kovan, the school’s director of sports medicine, was also part of the video conference. He quickly said that one student-athlete had tested positive, his father died, and his mother and sister also tested positive. Kovan said the athlete was asymptomatic and retested negative a few weeks later.
The school did not disclose the athlete’s identity or his sport.
“We’ve had a couple others that have had symptoms, without testing positive that we know of,” Kovan said.
Michigan State athletes can begin returning to campus June 15 in preparation for voluntary workouts. Football, basketball and volleyball players will be the first to undergo testing.

Central Michigan says it has received a two-year waiver from the NCAA regarding the minimum Division I sports sponsorship requirements.
Division I schools are not supposed to have fewer than six sports for male athletes. CMU announced last month it was dropping men’s track and field, citing university-wide budget cuts. That leaves the school with five men’s teams: baseball, basketball, cross country, football and wrestling.
Central Michigan requested the waiver after losing revenue due to the coronavirus pandemic.

The NBA’s Board of Governors has approved a 22-team format for restarting the season in late July at the Disney campus near Orlando, Florida. The format calls for each team playing eight games to determine playoff seeding plus the possible utilization of a play-in tournament for the final spot in each conference postseason field. The 22-team plan includes all teams that were holding playoff spots when the season was stopped, plus all other clubs within six games of a postseason berth. That means 13 teams from the Western Conference and nine from the East. The players association has a call on Friday to approve the plan as well, the final step as the league attempts a reboot.

Major League Baseball is no closer to framing an agreement for starting the season. Players have reaffirmed their stance for full prorated pay, leaving a huge gap with teams that could scuttle plans to start the coronavirus-delayed season around the Fourth of July and may leave owners focusing on a schedule as short as 50 games.
More than 100 players, including the union’s executive board, held a two-hour digital meeting with officials of the Major League Baseball Players Association yesterday, a day after the union’s offer was rejected by Major League Baseball.
Management on Sunday pitched an 82-game schedule that included a sliding scale for prorated salaries, with the richer players receiving a reduced share. The union countered on Tuesday with a 114-game schedule with prorated salaries and no adjusted scale.

The National Hockey League has nailed down the final details of a playoff format if the season can resume. Every playoff series will be a best of seven after the qualifying round and teams will be re-seeded along the way instead of bracketing.
The announcement came on the heels of the Pittsburgh Penguins revealing one of their players tested positive for the coronavirus. The team said the unidentified player was not in Pittsburgh, was isolated after experiencing symptoms and has recovered. The NHL has not yet announced the start of voluntary workouts or a firm timeline for training camps and the resumption of games.
Each conference will play its postseason games in a separate hub city to be announced. The top four teams in each conference will compete in a round-robin to determine seeding, while the next eight teams in each conference will battle for a spot in the opening round. The seven other teams have received spots in the draft lottery.

Indianapolis Motor Speedway will hold the July 4 IndyCar-NASCAR doubleheader without fans. The track was optimistic it could be the first major sporting venue to have fans back in the stands this summer. The stands will be empty much like the rest of the tracks since major racing resumed in the wake of the coronavirus pandemic last month. IMS officials made the decision after consulting with local and state officials.