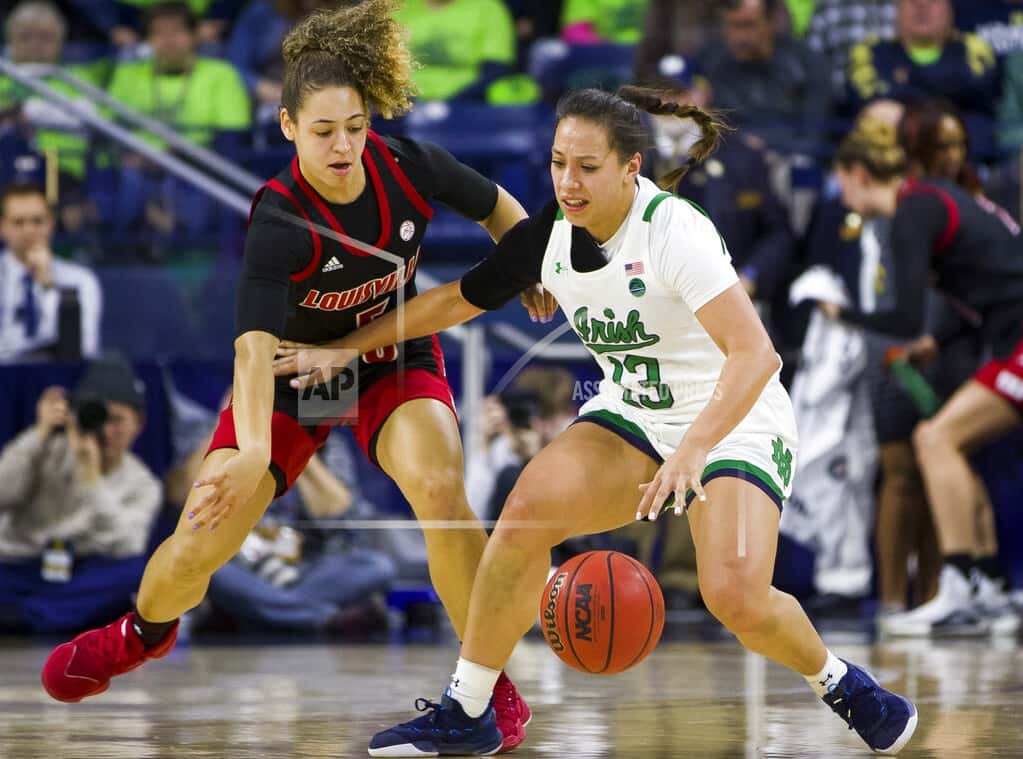 WOMEN’S COLLEGE BASKETBALL
#5 Louisville 86, Notre Dame 54
The Lady Irish dug themselves a huge hole early as they trailed by 16 at the end of the first quarter. Katlyn Gilbert led Notre Dame with 18 points. The loss drops the Irish to 7-14 on the season and 2-7 in the ACC.

Purdue 76, Michigan State 66
The Lady Spartans led by three after the first quarter, but were outscored by 16 over the next two periods and couldn’t recover. Nia Clouden scored 17 points in the loss for MSU. The Spartans are now 11-10 on the season and 4-6 in the Big 10.

#23 Northwestern 81, Michigan 73
The Lady Wolverines could not contain Lindsey Pulliam who poured in 32 points for Northwestern. Naz Hillmon led Michigan with 27 points. With the loss, Michigan falls to 13-7 on the season and 4-5 in the Big 10.

BASEBALL
Detroit has agreed to a minor league deal with infielder Jordy Mercer. The 33-year-old would get a $2 million, one-year contract if added to the 40-man roster. Mercer hit .270 for the Tigers last year with nine home runs and 22 RBIs in 74 games. He spent the first seven seasons with Pittsburgh. He was limited last season by quadriceps problems. The rebuilding Tigers added second baseman Jonathan Schoop and first baseman C.J. Cron this offseason. Niko Goodrum is an option at shortstop, but Mercer gives Detroit another veteran in the organization if needed.

COLLEGE FOOTBALL
Grand Valley’s newly hired offensive coordinator has resigned following a suspension for referring to Nazi Germany’s Adolf Hitler as a “great leader.” The university said in a statement Thursday on its website that Morris Berger and the school reached a mutual agreement regarding his position as offensive coordinator. The school announced Berger’s hiring last week, but during a Jan. 23 interview with the school newspaper he was asked which three historical figures he would like to have dinner with. Berger then listed Hitler, adding that “you can’t deny he wasn’t a great leader.”