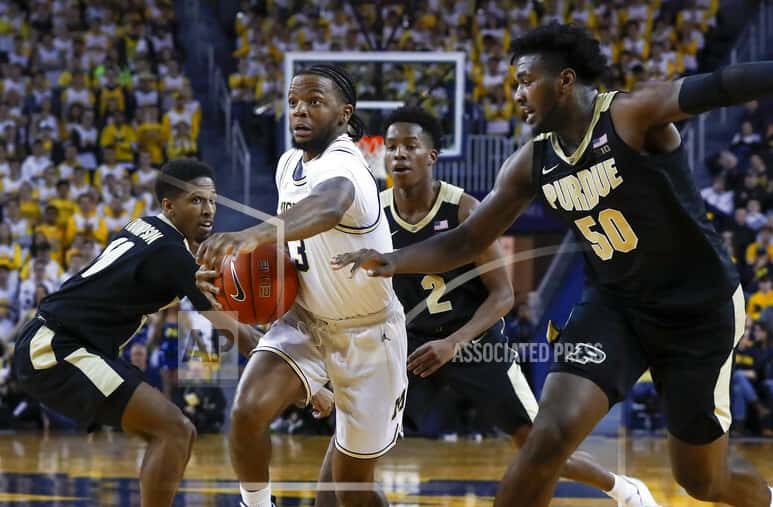 Michigan State 74, Minnesota 58
Cassius Winston scored 18 of his 27 points in the second half to lead No. 8 Michigan State to a 74-58 win over Minnesota. Xavier Tillman finished with 19 points, a career-high 16 rebounds and five blocks for MSU. The Spartans led by just four points at halftime before pulling away for their eighth straight win. They stayed atop the Big Ten standings as the only team without a conference loss. The Golden Gophers were very competitive in the first half, which had five lead changes and five ties. Minnesota’s Daniel Oturu had 22 points.

NBA
Cleveland 115, Detroit 112   OT
Kevin Love made a tiebreaking 3-pointer with 37.9 seconds left in overtime and the Cleveland Cavaliers snapped a five-game losing streak with a 115-112 victory over the Pistons. On a tumultuous day for the Cleveland organization, the Cavaliers rallied from a 13-point third-quarter deficit and then went on a 9-2 run over the last 2:00 of overtime to win it. Cleveland coach John Beilein said earlier Thursday that he’d apologized for his comments during a film session the previous day. ESPN.com, citing unidentified sources, reported that Beilein suggested during a Wednesday film session his players were no longer playing “like a bunch of thugs.” Beilein said he meant to say “slugs” in reference to the team’s effort level. Andre Drummond finished with 28 points and 23 rebounds in the loss for the Pistons

Off the court…
The Bulls expect center Wendell Carter Jr. to miss four to six weeks because of a sprained right ankle. Carter rolled his ankle going for a layup when he landed on Mavericks center Dwight Powell’s foot in the third quarter of Monday’s loss at Dallas. The Bulls said Thursday an MRI confirmed the sprain. Carter is averaging 11.7 points and 9.9 rebounds in his second season. The Bulls also said a follow-up MRI showed forward Otto Porter Jr.’s broken left foot is healing. He has been sidelined since Nov. 6.

NHL
Nashville 5, Blackhawks 2
Pekka Rinne made 29 saves and scored an empty-net goal, and the Nashville Predators beat the sloppy Blackhawks 5-2. The Predators dominated early, taking a 3-0 lead after the first period and then held off Chicago in the final part of the third. Dominik Kubalik scored for the third straight game for the Blackhawks, but they dropped to 1-2 on its four-game homestand. They’ve lost three of their last four overall.

BASEBALL
The White Sox finalized a $12 million, one-year contract with slugger Edwin Encarnación. He gets $12 million this season, and the Sox hold a $12 million option for 2021. Encarnación hit 34 home runs in 109 games for Seattle and the Yankees last season. The three-time All-Star led the American League with 21 homers when the Mariners dealt him to New York in June. But the Yankees declined an option for next season after he was limited by oblique problems down the stretch.