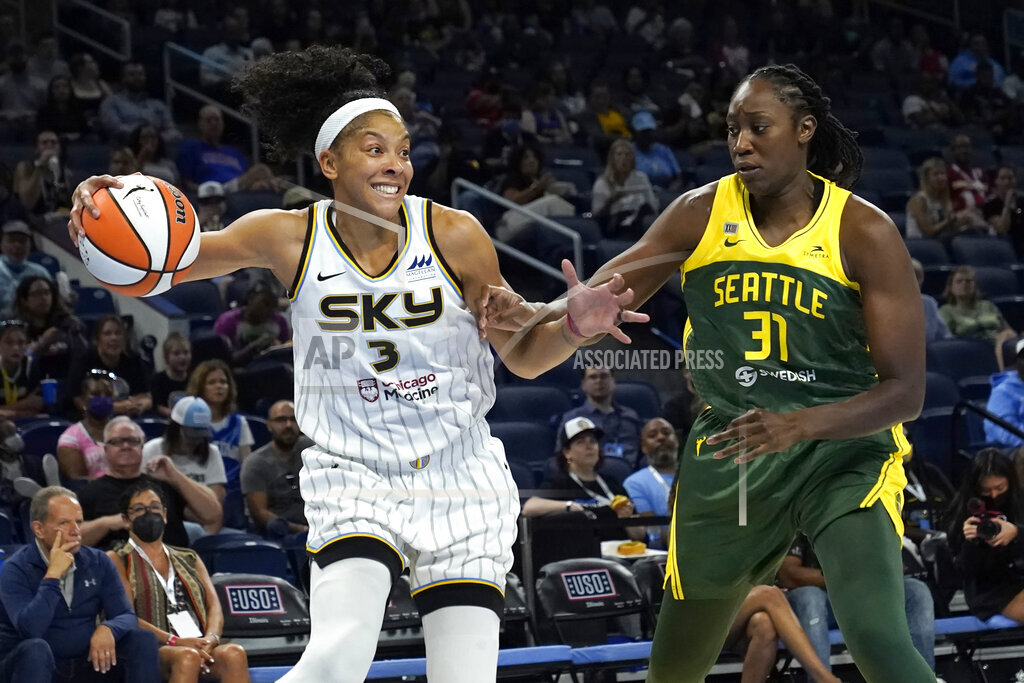 MLB – Judge, Yanks on top as baseball returns from All-Star break
Aaron Judge and the New York Yankees lead the way as baseball returns from the All-Star break. The Yankees begin the second half with a gaudy 64-28 record and a whopping 13-game lead over Tampa Bay in the AL East. The crosstown Mets are on top of the NL East, looking to hold off the Braves and take the franchise’s first division title since 2015. The postseason picture is quite crowded, thanks to the addition of a third wild card in each league. Cincinnati Reds ace Luis Castillo, Chicago Cubs catcher Willson Contreras and Washington Nationals slugger Juan Soto are the names to watch ahead of next month’s trade deadline.

MLB – MLB All-Star Game wins night but draws record low ratings
Major League Baseball’s Midsummer Classic remains the most-watched all-star game in professional sports, even though it drew record lows in viewership for the fifth time since 2015. The game in Los Angeles averaged 7.51 million viewers on Fox, a decline of 9.7% from last year’s contest in Colorado. The audience peaked at 8.24 million between 9:15 p.m. and 9:30 p.m. EDT. The game was the most-watched program on television on Tuesday night and outdrew the other three all-star games that were played in February. The NFL’s Pro Bowl averaged 6.69 million on ABC, followed by the NBA and NHL all-star games.

Sky 78, Storm 74 – Chicago wins 5th straight to clinch WNBA playoff spot
Allie Quigley scored 18 points, Emma Meesseman had 16 points, 10 rebounds and six assists and the Chicago Sky beat the Seattle Storm 78-74 for their fifth straight victory. Chicago clinched a playoff spot with its 20th win of the season. Meesseman made a reverse layup to give Chicago a 76-72 lead and Kahleah Copper grabbed an offensive rebound on the Sky’s next possession before making 1 of 2 free throws for a five-point lead. After a timeout, Breanna Stewart made a driving layup with 10.7 seconds left to pull Seattle within three points, but Copper went 1 for 2 from the free-throw line at the other end. Copper finished with 11 points and eight rebounds for Chicago. Stewart led Seattle with 24 points.

WNBA – Rapinoe, King urge freedom for Brittney Griner at The ESPYS
Detained WNBA star Brittney Griner was front and center at The ESPYS. Soccer star Megan Rapinoe admonished her fellow athletes for not doing enough to speak out while also encouraging them to support Griner. Griner was arrested in Russia in February after customs officials found vape canisters containing cannabis oil in her luggage. She faces up to 10 years in prison if convicted. NBA Finals MVP and show host Stephen Curry joined WNBA players Nneka Ogwumike and Skylar Diggins-Smith in calling attention to Griner’s plight.

Big Ten – Newsom wants explanation from UCLA about move to Big Ten
California Gov. Gavin Newsom is demanding an explanation from UCLA officials about their move to the Big Ten Conference. Newsom attended Wednesday’s UC Board of Regents meeting in San Francisco. The closed-door meeting was the first since UCLA and Southern California announced on June 30 that the schools would be leaving the Pac-12 Conference for the Big Ten in 2024. USC is a private institution and not part of the UC system. Newsom — an ex officio member of the Board of Regents — is among others asking how the move will benefit all student-athletes, as well as how to mitigate the financial effects it will cause to UC Berkeley, California’s other public university in the Pac 12.

NBA – AP source: Harden, 76ers agree on 2-year, $68 million deal
James Harden has agreed to terms on a two-year contract to stay with the Philadelphia 76ers and will make about $14.5 million less this coming season than he could have earned under his previous deal, a person with knowledge of the negotiations said Wednesday. Harden will sign a deal worth slightly over $68 million, paying him about $33 million this season and with a $35 million player option for the 2023-24 season, according to the person who spoke to The Associated Press on condition of anonymity because the team has not announced the deal.

NBA – Hornets’ Bridges pleads not guilty to domestic violence
Prosecutors say Charlotte Hornets forward Miles Bridges has pleaded not guilty in Los Angeles to felony domestic violence charges after being accused of assaulting his girlfriend in front of their two children last month. The LA County district attorney says his office filed one felony count of injuring a child’s parent and two felony counts of child abuse under circumstances or conditions likely to cause great bodily injury or death. Bridges was arrested on June 29 by Los Angeles police and later released on $130,000 bond.

NHL – Five women in NHL assistant GM jobs took different paths
The five women who currently hold assistant general manager jobs around the NHL each took very different paths to the position. Vancouver’s Cammi Granato and Toronto’s Hayley Wickenheiser were Hall of Fame players. Wickenheiser got a medical degree while working in hockey. Granato did some broadcasting and scouting along the way. Émilie Castonguay was an NHLPA-certified agent for several years before joining the Canucks. Meghan Hunter worked her way up through the Chicago Blackhawks organization. And New Jersey’s Kate Madigan spent time as an accountant before switching careers to go into hockey.

NCAA – Transfer portal windows endorsed for final NCAA approval
Division I college football players would have two periods of time to enter the transfer portal and be immediately eligible to play if a proposed rule change gets final approval. The Division I Council endorsed several of the Transformation Committee’s initial proposals and passed them on to the D-I Board for approval. The council also moved along recommendations for expanding the benefits schools can provide athletes and concepts to improve the infractions process. Transfer portal entry windows would be set on a sport-by-sport basis. For football, there would be a 45 day-window starting in mid-December and another 15-day window that begins May 1.

NCAA – Report: NCAA makes progress on gender inequality at tourneys
The NCAA has adequately addressed nine of 23 recommendations for creating comparable NCAA Tournament experiences for men’s and women’s basketball players. That’s according to a progress report from a third party hired by the NCAA. A scathing report issued almost a year ago criticized the NCAA for the differences in how the men’s and women’s tournaments were administered and conducted. Among the most visible changes were “March Madness” branding and increased cross-promotion for both tournaments in 2022 and a “First Four” event for women to bring it into line with the men’s tournament.

NCAA – ACC looking for ways to boost revenue, shrink financial gap
Atlantic Coast Conference commissioner Jim Phillips says the league is looking for ways to boost its revenue and shrink a rising financial gap with leagues like the Big Ten and Southeastern Conference. That growing gap is stirring uncertainty about the league’s long-term future. Speaking Wednesday at the league’s preseason football media days, Phillips says “all options are on the table” and that the league is having regular conversations with ESPN on possible ways to enhance its TV deal through 2036. The league reported record revenues and distributed $36.1 million to member schools for the 2020-21 season. But the numbers lagged behind the Big Ten and SEC, leagues that are making aggressive expansion moves for future years.

Golf – Stenson joins Saudi tour, removed as Ryder Cup captain
Henrik Stenson is out as Ryder Cup captain for Europe. The European tour says decisions for his personal life go against the contract he signed to be captain four months ago. In the middle of it all is the Saudi-funded LIV Golf series. Stenson confirmed that he has agreed to play for LIV Golf. It’s a direct challenge to the European tour and Stenson effectively had to choose between being the Ryder Cup captain or taking guaranteed cash from a Saudi-funded league. Europe is now looking for a new captain.