A Spotlight On The Herd From Buchanan H.S.

January 14, 2015 Profiles, Stories
Buchanan’s student section The Herd has been named a finalist for the Michigan High School Athletic Association’s Battle of the Fan. Here’s part one of a look into The Herd.
Read More 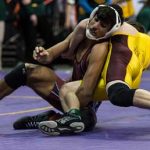 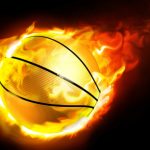 Buchanan And Dowagiac Announced as Battle Of The Fans Finalists

January 12, 2015 Stories
The Michigan High School Athletic Association has announced the five finalists for their fourth annual “Battle of the Fans”.  The competition recognizes the top student cheering section from among member schools and culminates in a video
Read More 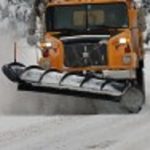 Catching Up With Our Student Athlete Of The Year Brock Thumm

MSU Set To Add To Its Defensive Coaching Staff

January 8, 2015 Stories
Tonight’s varsity and jv boys’ basketball games between Lake Michigan Catholic and Michigan Lutheran have been rescheduled for tomorrow as part of a quadrupleheader.  The varsity and jv girls’ games were already scheduled to take place, now
Read More

January 8, 2015 Stories
The Chicago Bears have hired New Orleans Saints executive Ryan Pace as general manager to replace the fired Phil Emery, hoping he can rejuvenate a franchise that has missed the playoffs for the seventh time in eight
Read More

U of M Hires Defensive Coordinator

January 8, 2015 Stories
Michigan has hired D.J. Durkin as its new defensive coordinator. Durkin is the first addition to the coaching staff officially announced by the school since Jim Harbaugh was hired late last month to coach the Wolverines.  In
Read More

January 8, 2015 Stories
Detroit Lions wide receiver Calvin Johnson will not play in this year’s Pro Bowl because of his injured right ankle. Johnson finished the season with 71 receptions for 1,077 yards and eight touchdowns and was selected to
Read More

January 2, 2015 Dave Wolf, Featured Slider, Stories
It’s no secret that the SEC has been put on a high plateau that nobody could even come close to reaching for more than a decade in College Football.
Read More