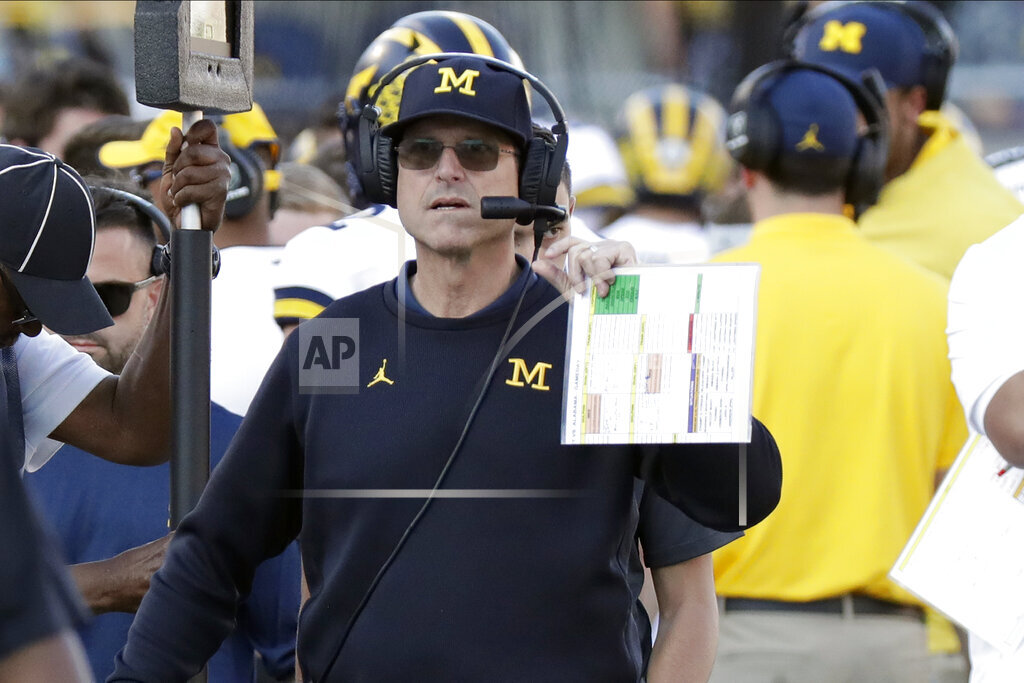 Michigan has decided to stick with coach Jim Harbaugh. He has finalized a new, five-year deal.

The school will pay him $4 million this year with a chance to make nearly $8 million in the fifth year of his contract. He was making about $7 million under his original seven-year contract.

Harbaugh has won nearly 70% of his games, but is winless against archrival Ohio State. The Wolverines were 2-4 in Harbaugh’s sixth season, which ended with three straight games being canceled due to a COVID-19 outbreak within the program.